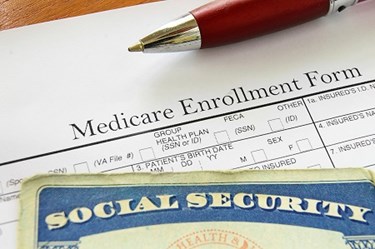 Accountable care organizations (ACOs) participating in the Medicare Shared Savings Program (MSSP) made a multitude of investments into their networks, health information technology, and care management systems. Now that CMS has released results from the first operating period, AISHealth interviewed four ACOs – one of whom will receive shared savings from CMS – who reviewed the successes and failures of the MSSP program.

Chris Lloyd, CEO of MHMD (formerly known as Memorial Hermann Physician Network) and Memorial Hermann ACO, said that Houston-based Memorial Hermann ACO started with its physicians. The organization used a 15-point checklist to choose its initial group of doctors. The requirements mandated that they already have an electronic medical record, accept some risk, and have efforts underway to implement other aspects of the ACO triple aim, according to Lloyd.

The checklist was successful. As a result of this approach, Memorial Hermann saved Medicare about $33 million and will receive shared savings of about $16 million. Lloyd asserted that the key to the organization’s success was choosing a subset of physicians who already were invested in population health management, instead of enlisting its entire network and then trying to get buy-in.

A second participant, Catholic Health System, a Buffalo, N.Y.-based non-profit provider that includes four different hospital locations and an affiliated 900-physician independent practice association, also saw success. According to Michael Edbauer, D.O., CMO, there were two tactics integral to the ACO’s progress so far: extensive use of electronic health record (EHR)-based registries and data, plus care management “across the continuum” with a focus on emergency room and inpatient opportunities.

Meanwhile, Summit Health Solutions executive director Kimberly Kauffman says the biggest success story for her ACO is embedded care, asserting, “Without a doubt, embedded care coordination has had the biggest impact on providing better care [and] lower cost for our Medicare patients. This model allows us to proactively engage patients and act as the point of first contact for patients.”

Knoxville, TN-based Summit has approximately 36,000 attributed Medicare patients and uses a single EHR from Allscripts. Although it did not earn a shared savings payment in the first reporting period, the ACO has been able to reduce inpatient admissions by 11 percent and readmissions by 2 percent — “and those are off of starting points already considerably lower than the national average,” Kauffman said.

One additional participant, Jordan Hospital, a not-for-profit, 155-bed community hospital based in Plymouth, MA, anticipated that it would see hospital admissions suffer as a side effect of the MSSP program. James Fanale, M.D., senior vice president of system development, admitted that after nearly two years in the program, the ACO is still focusing its efforts on reducing the facility costs. The ACO did not earn a shared savings payout in the first reporting period.

Ultimately, Fanale says, physician engagement is key to the success of the ACO, but “sometimes you have to work with and around [the physicians] to demonstrate that different processes work. Pilots are crucial. Finally, more analytical support — especially focusing on chronically ill patients, who need to be managed very closely — would have helped as the ACO started up,” he says.