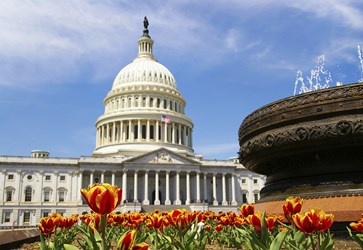 Members of the House Energy and Commerce Committee’s Subcommittee on Health have voiced their support for making the ICD-10 transition as scheduled in October. Their desires to maintain the current schedule were made clear during a hearing held February 11.

During the hearing, the subcommittee heard from chief stakeholders regarding the proposed implementation date. Prior to the hearing, Chairman Rep. Joseph Pitts (R-PA) said, “This hearing is an important opportunity to hear about the state of preparedness of all those involved and ensure that we are continuing to move forward in health care technology.”

During the hearing, Pitts voiced strong support for the ICD-10 transition later this year rather than another delay. “We need to end the uncertainty in my opinion and move forward to full implementation of ICD-10,” Pitts told his colleagues and witnesses at the hearing, according to Modern Healthcare.

Only one of the seven witnesses who testified at the hearing was in support of delaying the ICD-10 deadline. William Jefferson Terry, M.D., a practicing urologist from Mobile, AL who testified on behalf of the American Urological Association, referred to the “tsunami of regulations that have significantly increased the volume of work for physicians and their staff” and has virtually overwhelmed physicians. He also urged Congress to delay implementation of the ICD-10 code set and to appoint a committee to better study the “risks and benefits.”

Terry testified that the vast majority of America’s physicians in private practice are not prepared for the October 1 deadline. “If a delay is not possible, I urge you to consider legislating a dual ICD-9/ICD-10 option so that physicians will have time to transition to the new coding system especially those nearing retirement or those with a demonstrable hardship that limits their ability to adopt ICD-10 by the deadline,” according to his testimony.

But another witness, Kristi Matus, chief financial and administrative officer for athenahealth, testified, “Our position is simple: Either ICD-10 is worth doing or it is not. If it is, then Congress and the Administration should enforce the October 1, 2015 deadline. There will be some disruption, but our industry and the nation’s care providers will respond and adapt. Those who have not prepared for implementation will take the necessary steps to catch up to those who have.” If ICD-10 is not worth doing, then “the program should be canceled out right, with subsequent regulation focused more aggressively on the few fundamental changes in healthcare that are necessary to cure our current dysfunctional system.”

Rep. Kathy Castor (D-FL) also asserted there should be no further delays in the transition to ICD-10, with a specific appeal to congressional “leadership not to include delays in must-pass bills, especially something as important as how we pay doctors,” referring to the passage last year of the so-called “Doc-Fix” bill that suspended Medicare's sustainable growth rate formula and included a provision to delay the ICD-10 implementation by one year.

A new Government Accountability Office report found that CMS efforts to prepare stakeholders for the October 1 ICD-10 deadline are on track and that the agency is ready to process claims using the new codes. According to GAO, CMS has modified its Medicare systems and policies including all ICD-10-related changes to its Medicare fee-for-service claims processing systems.