Is Advertising The Answer For Cutting EHR Costs? 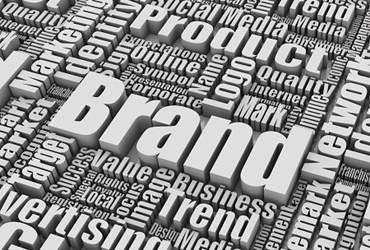 With rising costs surrounding EHR software and fees, providers are turning to services that display advertisements as a way to save money

A recent Health IT Outcomes editorial noted, “The HITECH Act and Meaningful Use (MU) incentives (created) an environment of unprecedented EHR demand among the provider community. This initiative achieved the desired result of increasing EHR adoption, but it also created an artificial market for dozens of immature EHR products.” The article continues, “There are literally hundreds of EHR products on the market today, and many of them, quite simply, don’t meet expectations,” before noting many of the providers that are currently utilizing subpar EHR systems are, “making the tough (and often costly) decision to rip and replace their existing EHRs.”

With Medicare and Medicaid incentive payments tied into EHR technology adoption and use, providers are still looking to utilize the technology. And, whether replacing an existing system or starting new, many providers are looking to save money by turning to cloud-based systems supported by advertising.

Vendors offering cloud-based services are able to make available to providers EHRs for little to no cost with one catch - ads directed toward physicians are part of the package. According to EHR Intelligence, “At this point, most physicians have acknowledged that no EHR is ever going to be perfect.  So why pay thousands of dollars when you could be frustrated for free?”

Dr. A.R. Scopelliti of Monmouth Functional Neurology Center, speaking of ad-supported EHRs, is quoted as saying, “One thing that’s a big key ingredient is that they let us use the software for free.  There are a lot of companies that will charge you $400 a month, and I’m sure none of those are going to make me any happier.  Keeping in mind that everything is going to have its fair share of problems, this is probably the best scenario in that you’re not paying a lot to experience those hardships.”

Zach Gursky, vice president of sales for EHR vendor Practice Fusion, told American Medical News he sees a symbiotic relationship between providers and vendor. “What the physician has to do in return for getting this really valuable software for free is give permission for us to deliver ads.” Gursky continues, “Physicians are finding value in the ads, because they are tailored to them and the kinds of patients that they treat.”

American Medical News drives home the popularity of ad-based systems by pointing out, “Practice Fusion has an ad-free version of its EHR that physicians would pay a monthly subscription fee to use,” but only 1 percent of its clients choose it over the ad-based version.