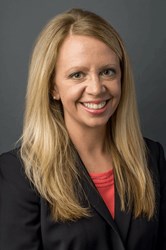 A recent RNnetwork survey found half of the nurses they surveyed (49.8 percent) have contemplated switching professions, with 27 percent citing overwork as the reason. In his analysis of this data (as reported by Kelly Gooch on Becker’s Hospital Review), RNnetwork President Eric Darienzo offered six ways healthcare organizations can create a nurse-friendly culture including improving communications between nurses and administrators, recognizing the hard work of nurses through simple acts like an “employee of the month” award, and doing more to foster a teamwork mentality.

It’s hard to argue with these aims; who wouldn’t want to work in a friendly, collaborative workplace for a competitive wage with adequate time off and recognition for your efforts? But what if healthcare providers took a serious look at — and did something about — the root causes of nurse dissatisfaction? What if, instead of an occasional gift card for routinely missing meal breaks, healthcare organizations did everything they could to prevent breaks from being missed in the first place? What if, instead of encouraging nurses to take more time off, providers were able to introduce more predictability in their regular schedules?

That’s a lot of what-ifs and perhaps a bit of an oversimplification, but the basic premise remains valid. Instead of compensating for the sources of discontent after the fact, providers can — and should — do everything possible to prevent those issues from occurring in the first place. Of course not every incident or issue can be alleviated completely, but making them the exception rather than part of the accepted “that’s just the way nursing is” mindset seems more likely to stem turnover.

Let’s look at two of the more stressful and chaotic nursing assignments: Oncology and OR.

Cancer centers are legendary for their chaos. Most centers schedule patients on a first-come, first-served basis — much like a corner hair salon — with no regard for who’s in the chair next to them, before them or after them. Under the noble goal of patient satisfaction, schedulers let patients dictate their appointment time. Since most patients want to receive treatment between 10 a.m. and 2 p.m. and chairs are a finite resource, exceeding capacity in the middle of the day is common.

For cancer center nurses, that means slow mornings, chaos during the middle of the day, and then slow afternoons, punctuated by more-than-occasional overtime. With such a randomized arrangement of appointments in addition to the risks of patients arriving late, having an adverse reaction, nurses calling in sick, the pharmacy running behind or the clinics running late, it doesn’t take much to completely blow up the day’s schedule … only to have it happen all over again the next day.

Under such unrelenting disorder, it’s easy to understand how, as one oncology nurse put it, “I wake up every morning wondering if today is the day something terrible happens to a patient because I was too busy to do my job right.” Since most nurses enter the profession because they have a passion for caregiving and enjoy spending time with their patients, it’s easy to empathize with nurses on this point.

Because of the ongoing and nationwide nursing shortage, most new OR nurses must “hit the ground running.” They are often assigned to OR procedures for which they have little training and even less experience. In many instances, the nurses don’t even have much advance notice about the cases on which they will be working until the day of the procedure. While some variability in work assignments is inevitable in any profession, not knowing which skills you’ll need for that day — or worse, fearing that you lack those skills — is a source of anxiety and stress for nurses. It’s no surprise, then, that job dissatisfaction for new nurses peaks between four and six months and then again after two years.

OR nursing schedules are often mapped out for six weeks at a time, and six weeks in advance, leaving little room for flexibility or to accommodate life’s unexpected twists and turns. Surgeries don’t always start on time, some take longer than expected, and emergencies crop up; any number of extraordinary circumstances can cause lunch breaks to be missed and overtime hours logged. Add to that mélange furloughs and callbacks, and it’s not surprising 57 percent of new graduate nurses leave the profession in their second year.

Beyond anxieties, missed breaks, and a topsy-turvy schedule that rarely meshes with a nurse’s personal life, a greater harm exists: fatigued and stressed nurses may not provide the best care possible.

The root cause for nurse dissatisfaction is over- and underutilization, often on the same day. The solution lies in an unlikely place: EHR data.

The key to improving nurse satisfaction in an infusion center rests not so much in recognizing their efforts (though not a bad idea) but in changing the conditions in which those efforts are undertaken. Instead of showing appreciation for nurses who routinely miss their lunch breaks, cancer centers can do more to eliminate the working conditions that cause them to miss lunch in the first place.

Applying predictive analytics and machine learning to EHR data creates schedules that flatten chair utilization throughout the day to eliminate the “10 a.m.-2 p.m.” chaos just about every center experiences. Gathering the nursing staff first thing in the morning to preview the day’s workload by time and treatment length helps predict bottlenecks, steer add-ons, and anticipate no-shows, as well as makes each day a little less crazy. Sharing a nurse allocation report with the team makes it easier to reliably plan for patient peak times, overcome delays, and let nurses know when to expect time for breaks and lunches. Sure, there will still be days when things go awry, but making those the exception rather than the rule will do more for nurse satisfaction than anything else.

At UCHealth’s 10 infusion centers, our leaders deployed LeanTaaS iQueue for Infusion Centers to improve nurse satisfaction and level-load the workday. As a result, UCHealth has decreased patient wait times by 33 percent at peak, accommodated a 14 percent increase in patient volume, and reduced overtime hours by 28 percent.

On the OR side, optimizing OR utilization enables hospitals to improve OR block utilization while lowering unit labor costs to improve operating performance. Largely, those labor costs come from reducing the overtime hours logged by nurses when cases take longer than anticipated throughout the day. Unfortunately, it’s also not unusual for a nurse to be sitting idle for a good chunk of his/her shift and then have to put in overtime at the end of the day because unused blocks don’t get released by the surgeons who can’t fill them to those surgeons who could. In addition, all too often staffing schedules are prepared without regard for case volume, mix or specialty required. Mathematically optimized schedules based on historical EHR data ensure the right type of support is available when needed.

Darenzio’s suggestions are good and useful advice. Solving the underlying issues affecting nurse satisfaction, though, requires more rigor and innovation than blanket “can’t we all just get along” sentiments. Using predictive analytics and machine learning to address the root causes of nurse overload will do more to reverse the turnover rate in the profession.

About The Author
Ashley E. Walsh, MHA, is a senior financial analyst and former perioperative business manager at UCHealth Metro Denver campus. She obtained her bachelor’s degree in health science from Truman State University in Kirksville Missouri and her Masters in Health Administration from Maryville State University in St. Louis Missouri. Since February 2009, Ashley has been with UCHealth where her responsibilities include capital and operational budget maintenance, patient billing, utilization reporting, expansion planning and perioperative supply chain management. Ashley is lean trained and participates in regular process improvement initiatives across UCHealth.