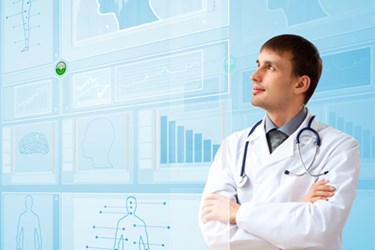 Health IT firm rolls out middleware, increase in EMR interoperability one goal

Ideally, when a patient arrives in an emergency room or intensive care unit, clinicians would be able to access the most up-to-date records of the patient’s history. However, since electronic medical records systems are produced by different vendors, they are not necessarily compatible, resulting in a lack of communications between systems and access to incomplete patient records.

One firm is hoping to change that by introducing a platform that combines cloud and mobile architecture that could solve some of these EMR interoperability challenges. MedCity News has reported that Zoeticx has unveiled Healthcare Oriented Architecture, a middleware software that consolidates patient information from different EMR systems into one interface. It acts like a set of translators that turns EMR data from different sources into one universal format, and displays it in a single platform, said CEO Thanh Tran.

The company has built “gateways” that can push and pull data to and from Cerner, Epic, and some Allscripts EMRs. Zoeticx’s software also allows for physicians to view patients’ real-time biometric data in the same dashboard, set thresholds for alerts to be sent to specific providers and send secure messages to others on the care team.

The goal, according to Tran, is to act as the translator for third-party applications that other developers would build on top of the platform, eliminating the need for specific applications for each EMR system. “We’re building the platform and two applications to showcase how apps can be built on top of our platform,” he said. “Our vision is that eventually we turn the platform into something like a data switch.”

Health IT Buzz reports some health information exchanges are already in place to facilitate the sharing of EMRs. “HIEs can be OK for analytics purposes, but if I’m a doctor in the ICU and I’m going to look at records, I may be accessing stale data,” Tran said.

Zoeticx uses a cloud-based server, rather than a central hub that stores data from different systems. The cloud-based system transmits information to and from the EMR only when requested. Tran said it doesn’t require infrastructure changes and can be deployed within a day or two.

“Today Zoeticx looks to solve EMR interoperability challenges with the Patient-Clarity server’s Healthcare Oriented Architecture that finally bridges the gap between medical records and quality patient care,” said Tran. “We have now made it easier to access the information that allows caregivers to provide the best possible care.”