Implications Of Facebook's Move Into Healthcare 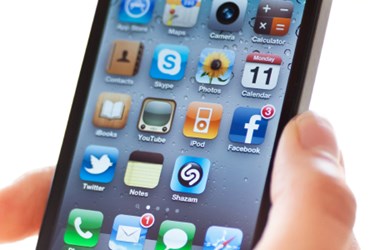 Reuters is reporting Facebook has begun charting its initial course into healthcare waters, citing unnamed sources. The idea, according to those sources, is to create online support communities to link Facebook users who suffer from common ailments to give them a place to trade advice and suggestions and feel not so alone in their predicaments. There are also rumors regarding the development of some preventive care applications to help users improve their lifestyles.

The move is not surprising, given the advancements Apple and Google have made recently to increase their presence in healthcare. Also adding fuel to the Facebook rumors is a Juniper Research report that mHealth presents the opportunity to profit greatly in the future.

The idea of Facebook support pages, however, raises significant security concerns. First, Facebook requires all users to register and use their real first and last names. But Facebook is acutely aware of these issues.

According to Reuters, Facebook may avoid some of these difficulties by introducing the new health app under a different name. Recently, the social media platform has pledged to loosen its name requirements, which could also help attract followers to the planned healthcare platforms.

Frank Williams, chief executive of Evolent Health, told Reuters, “I could See Facebook doing well with applications for lifestyle and wellness, but really sick patients with conditions like cancer aren’t fooling around.”

But as the International Business Times reported, these rumors are creating some concern among the ACLU and medical privacy advocates. “I would be very worried about giving detailed and intimate medical information to Facebook,” said Christopher Calabrese, legislative counsel for the American Civil Liberties Union told the IBT.

Calabrese, who specializes in privacy-related issues, continued, “Facebook, unfortunately, has a history of changing their standards for what they’re willing to keep private. Their business model is essentially built on exploiting the private information of people that they gather through their social networking posts. Not only is Facebook establishing your identity, but it’s linking all of this information together, so even if they’re putting this on a separate page, or letting you use a pseudonym, they still know who you are.”

However, not everyone opposes the idea. According to the IBT, Michelle N. Meyer, director of bioethics policy at Union Graduate College’s Mount Sinai Bioethics Program, sees potential for data-sharing of medical information for both patients and science, stating: “Openly sharing sensitive information online is the last thing many people would want to do, and it’s not for everybody. But there are lots of reasons why many benefit from such [forums]. Connecting with others who share and can understand your experience can be psychologically critical, and for some ill people, such as those with limited mobility or rare conditions, an online forum may be the only feasible way of achieving this benefit.”