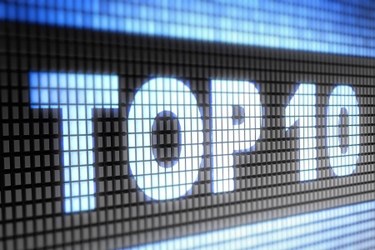 Wearables, 3D printing, and SDx are among the trending technology predicted to flourish in 2015.

IEEE Computer Society has released its top 10 technology trends for 2015, stating that, “In the coming year, while consumers will be treated to a dizzying array of augmented reality, wearables, and low-cost 3D printers, computer researchers will be tackling the underlying technology issues that make such cutting-edge consumer electronics products possible.”

A primary concern in 2015 will be general cybersecurity, with intensified attention on security for cloud computing and deeply embedded devices. Further, IEEE concludes, interoperability and standards will focus on maximizing the potential of Software-defined Anything (SDx) and the Internet of Anything (IoA).

“Researchers have been working to address these issues for a number of years, however 2015 should see real progress in these areas,” incoming IEEE Computer Society President Thomas Conte, an electrical and computer science professor at Georgia Tech, said in the release. “We are reaching an inflection point for 3D printing, which will revolutionize manufacturing, and the exponential growth in devices connected to the Internet makes interoperability and standards critical.”

Among the advances IEEE Computer society is forecasting, according to Health Data Management are: