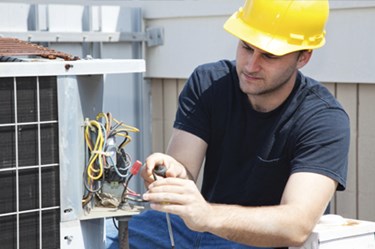 The incident highlights the need for a strong disaster recovery processes to avoid catastrophic effects.

A northern California hospital has acknowledged it is still recovering from the fallout of a week-long EHR outage triggered when a Heating Ventilation and Air Conditioning (HVAC) at its data center burned out, causing the McKesson Paragon EHR to go offline according to the Appeal-Democrat.

Yuba City, CA-based Rideout Memorial Hospital reported its EHR was out of service for approximately a week after the HVAC unit died, causing a redundant unit to also overheat from the added load. To make matters worse, disruption occurred while an inspection team from the Joint Commission on Accreditation of Hospitals — a highly-sought-after certification standard in the industry — was visiting. The facility currently does not have that certification.

While Rideout CEO Robert Chason emphasized McKesson's system was not culpable in the outage and assured the media that the outage had little impact on patient care, others suggest that the effects were far more palpable. He said one of two HVAC units burned out, and a second unit also failed when it overcompensated for the burned-out unit. “As the temperature rose, it exceeded the computer system's tolerance,” Chason said earlier this week.

The incident affected the hospital’s entire computer system from email to patient medical records, although Rideout officials asserted that no records were lost and there were no negative effects on patients or patient care. Chason did admit that clinicians had no access to portions of their patients' records during the EHR blackout, and that many patients had to postpone radiation treatments.

In response to Chason’s remarks in the newspaper, one reader wrote a letter to the editor detailing the experiences of his wife, who was being treated at Rideout during the blackout. “My spouse went to Rideout almost two weeks ago and had a Lexiscan of her heart when the computer system went down,” Edward Ferreira wrote in a letter to the editor. “Here it is two weeks later and now they are saying because of the computer problem the entire test didn't get to her cardiologist until today. They think she may have had a minor heart attack and needs further cardiac intervention.”

The main takeaway from the Rideout incident is that hospitals must ensure they have strong disaster recovery processes in place in order to avoid potential catastrophes regarding patient data and services. With the growing dependence on EHRs, it also demonstrates that outages of the systems have the potential to result in serious harm or death of patients due to an EHR outage.