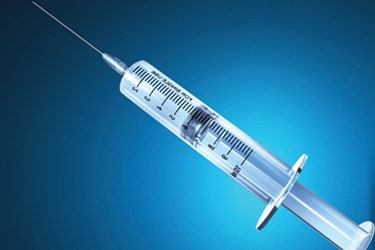 Influenza inflicts a considerable burden on the U.S. population, and the costs may grow as misplaced skepticism about the benefits of the flu vaccine continues to abound. Surprisingly, 40 percent of adults believe that the flu shot causes the flu. Regardless of why people did not get the vaccine, the flu costs the U.S. about $10.4 billion dollars per year in doctor’s appointments and hospitalizations for adults.

Likewise, there is a growing concern throughout the nation about the safety and efficacy of childhood vaccines, including that vaccines have wide-reaching ramifications on childhood development. While all of these myths about vaccines have been debunked, the impact of the “anti-vaxxer” movement can be seen with the recent outbreaks of the mumps and the reemergence of the measles after it was eliminated from the United States almost two decades ago. The impact of non-compliance with vaccine protocols has significant financial ramifications for payers, providers and employers. This includes the cost of care, lost productivity or lost value-based care contract incentives.

Flu Burden On The Nation
The impact of noncompliance for flu and childhood vaccines are clear. During the 2017-2018 flu season, the most recent season for which detailed statistics from the U.S. Centers for Disease Control and Prevention (CDC) are available, was characterized by high severity with unusually high levels of outpatient flu-like illness, hospitalizations rates, and influenza-associated deaths. A host of grim numbers tell the story, with an estimated 48.8 million people getting sick with influenza, 22.7 million people going to a healthcare provider, 959,000 hospitalizations, and 79,400 deaths. The number of cases of flu-associated illness were the highest since the 2009 H1N1 pandemic, according to the CDC. About 70 percent of hospitalizations occurred in people over the age of 65, a category that also accounted for 90 percent of deaths.

The above numbers, however, are not the most disturbing vaccination-related statistics from the CDC. These are: During the 2017-2018 flu season, vaccination coverage among adults stood at just 37.1 percent, a decrease of 6.2 percentage points from the previous flu season. Coverage declined year-over-year for every age group in the CDC’s estimate. If these trends continue, they will be a source of considerable consternation across the country.

Effects Of All Vaccinations
The primary reason to obtain vaccinations is simple — they work. During the 2017-2018 flu season, the CDC estimates that vaccination prevented approximately 7 million flu illnesses, 109,000 flu hospitalizations and 8,000 flu deaths.

A number of studies cited by the CDC point to several other benefits of the flu vaccine. The vaccine helps prevent serious medical events associated with some chronic conditions. It helps protect women during and after pregnancy. It can reduce the severity of illness in people who get vaccinated but still get sick.

Nonetheless, as the vaccination coverage rates show, many people choose to forego vaccinations, despite the numerous benefits. While reasons for avoiding the vaccine may vary, a number of cognitive biases likely play a role. For example, 62 percent of Spanish speakers have concerns about the safety of vaccines while 47 percent of English speakers hold the same concern. Whatever the reason, the effect of avoiding vaccines is the same: It puts themselves and others at risk. That’s why it’s imperative that healthcare organizations deploy outreach for vaccinations to get as many of their patients as possible immunized.

How To Do Vaccination Education And Outreach

One of the keys to establishing an effective education and outreach program is to leverage technology that is capable of delivering personalized health conversations with today’s consumer at an enterprise scale. To that end, here are three principles to keep in mind when designing health engagement programs:

While the severity and prevalence of the flu virus vary by season, providers and payers can be certain that it will affect some percentage of their patients every year — sometimes with serious consequences. Preparation is critical to successfully overcoming the inevitable challenges. By designing and implementing health engagement programs for effective outreach and education now, we can boost the number of people that are vaccinated, enhancing population health and preventing avoidable costs and complications across the health system.

Jennifer Forster is the Director of Medicaid Strategy for HMS where she’s focused on the company’s health engagement management solution Eliza.