HIX Deadline Approaches, As Do IT Challenges 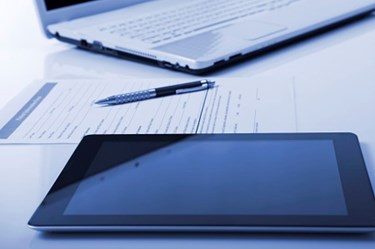 In spite of serious IT concerns, the October 1 deadline for the implementation of state- and federally-run health insurance exchanges is rapidly approaching. In less than two months, nearly seven million Americans are expected to enroll in an HIX. With implementation so near, Frost & Sullivan recently issued a report summing up the landscape as it is now, what to expect with coming implementation, and the continuing IT concerns that come with implementation.

As it stands, HHS has spent nearly $400 million creating the HIX market, which they call the “data-hub,” says the Frost & Sullivan report. And that, apparently, is only the beginning. According to a recent Government Accountability Office (GAO) report, an additional $2 billion will be needed in order to set up and run the federal HIX in 26 states. The data-hub, the report explains, will connect major federal agencies, each state, hundreds of insurance companies, and millions of American citizens.

Implementation is a massive undertaking. Frost & Sullivan reports that each state must connect with federal agencies in order to verify federal subsidies and Medicaid eligibility for applicants. To do so means the IRS must validate income based on tax returns, and CMS must confirm if an applicant is enrolled in Medicaid or other comparable programs.

While the prospects of additional millions of Americans getting insurance coverage as well as of having such a widespread interoperable system for sharing information may be exciting to providers, there are many question marks about the implementation. According to the Frost & Sullivan report, participants need an emergency back-up plan in case problems arise with the technology. They also need concrete data about the difficulty of the application and what kind of support will be on hand for users.

“Should the IT components not be fully operational in time for the HIXs to go live, the contingency plans must provide adequate backup,” the report reads. “Some of these potential plans include training social service and small business groups to serve as navigators during the enrollment process and deploying a well-staffed call center to handle online consumer queries. HIX agencies will also be well served by fostering strong relationships with health insurance carriers to aid in the seamless on-boarding of new families and individuals with health insurance.”

According to an article from Government Health IT, the federal government has given Vangent a $530 million, one-year contract to set up call centers to help people with HIX questions. The call centers are expected to create 9,000 jobs in 14 states.