HIT Use Doubled Since 2012, Yet Providers Remain Pessimistic 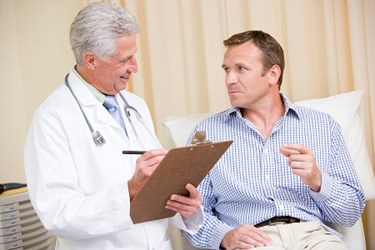 According to an Accenture survey, although the use of health IT has doubled in the past few years, fewer providers believe electronic health records improve treatment decisions.

While health IT is more widely adopted than ever, especially when it comes to electronic health records, providers are pessimistic the technology is actually improving treatment decisions. Healthcare IT News reports 62 percent of doctors in 2012 believed their EHR helped improve patient care, but only 46 percent answered the same way in 2015.

Seventy-two percent of respondents said their EHR reduced medical errors in 2012, but only 64 percent said the same in the latest survey. Fifty-eight percent said they improved outcomes in 2012, while those numbers dipped to 46 percent this year.

“Despite the rapid uptake of electronic medical records, the industry is facing the reality that digital records alone are not sufficient to driving better, more-efficient care in the long-term,” said Kaveh Safavi, M.D., J.D., who leads Accenture’s global health business, in a press release. “The findings underscore the importance of adopting both technology and new care processes, as some leading health systems have already done, while ensuring that existing shortcomings in patient care are not further magnified by digitalization. The U.S. healthcare market has made remarkable progress in EMR adoption, and we believe that as the technology evolves, so too will the benefits to physicians and patient care.”

“The industry needs to adapt to a new generation of patients who are taking proactive roles in their healthcare and expect to have real-time data at their fingertips,” said Safavi. “When patients have a greater role in the record-keeping process, it can increase their understanding of conditions, improve motivation and serve as a clear differentiator for clinical care provided by physicians.”