HIT's Role In Improving Opioid Tracking In The Hospital 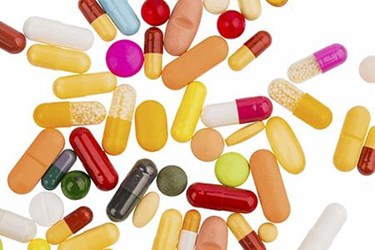 Contrary to popular belief, pharmaceutical companies are not solely responsible for the opioid crisis we’re now experiencing. Physicians are also to blame. Pharmas tell us that only 1 in 1,000 patients become addicted to opioids, so don’t fear them. Meanwhile, physicians are naturally and understandably patient-focused, so their primary concern has always been to do whatever they can to relieve a patient’s pain in the most effective manner possible. In general, we were led to believe that opioid addiction and withdrawal are associated with long-term use, not as the result of the treatment decisions made while a patient is in the hospital.

Yet, the data tells a different story - one that hospitals and clinicians have largely overlooked. Opioid addiction often begins with inpatient exposure to opioids and a short-term prescription upon discharge. Fifty-one percent of non-surgical patients, and most surgical patients, receive opioid medications while admitted to a hospital. The amount of morphine-equivalent doses received in the hospital affects the odds of a patient’s chronic use of opioids as well. With such frequent use alongside doses that are highly sensitive, one would think current tracking solutions would shows clinicians a detailed overview of what a patient has received historically and during the stay. However, they contain only outpatient exposures reported to state Prescription Drug Monitoring Programs (PDMP). This blind spot is one I have witnessed as a practicing physician myself. I began to realize that a lack of timely, accurate, and comprehensive opioid exposure data was the root cause for both parties making uninformed choices with regards to prescribing opioids. Physicians in training and beyond are rarely formally trained in the science of opioid management. Checking the box for looking up data in the PDMP is “meeting a mandate” rather than understanding the true pitfalls of opioid exposure.

I have a 26-year-old patient with ulcerative colitis that I’ve been treating for two years. She has never been exposed to opioids either while in my care or before that time. In the literature, we learn that ulcerative colitis and Crohn's patients are more prone to opioid addiction due to the chronic nature of their disease, so I’ve been very careful not to prescribe opioids to such patients. While experiencing a particularly bad flare up that put her in a hospital, she was seen by emergency personnel who administered a Dilaudid 2 mgs IV to relieve her pain. I saw her after discharge from her five-day hospital stay where she told me that she’d been experiencing sweats, an elevated heart rate, and a sense of uneasiness. I was concerned, so I obtained the records from her hospital stay and saw that on days one, two, and three, she had received 1-2 mg of Dilaudid every six hours, around the clock. This patient had a zero-use record in the state’s controlled substance database, meaning she was low on their radar for developing a problem, so the doctors had no issue prescribing 1-2 mg of Dilaudid every four to six hours, as needed for pain.

The result of this hospital stay was a hypersensitized patient who had never before been exposed to opioids—not even for a dental procedure—having been given a very potent opioid, Dilaudid. She was then discharged with a two-week prescription and somewhat predictably ended up going through withdrawals.

The reality is that the doctors didn’t know the patient was receiving so many opioid doses, because the drug was simply listed “as needed” on the medical record. The nurses were simply trying to relieve her pain, so they administered opioids at any indication of discomfort by the patient, which is what they’re trained to do having been approved by the attending doctors. Here’s where the gap in opioid exposure is seen clearer than ever: the drugs she was given in the hospital didn’t make it into the state record, because they were administered within the hospital and not prescribed to be fulfilled by an outside pharmacy, which is what the state-controlled substance database tracks.

The extent to which a patient is given opioids within a hospital setting is just as valuable—and I would say in the case of the young woman, more valuable—than what gets prescribed after a patient is discharged, because the start of an actual dependence often begins during a patient’s hospital stay. What is truly tragic is that it happens without the awareness of the hospital staff. A physician looking at the state-controlled substance database after my patient was discharged would simply see a week or two of prescribed opioids and not think much of it, but he or she would be blind to the large volume of opioids the young woman received during her inpatient admission. That’s not an ideal situation when trying to decide the best treatment choices moving forward. The state narcotics database is only 25 percent of the solution, while the more panoramic view occurs from knowing what happens within the hospital. This is where health IT can drive transparency and reveal in actionable ways what’s being given, how much, how often, as well as incumbent risks.

It’s no secret that the electronic medical record is a cluttered mess. The truth is, you can barely extract what medicines are on there, let alone what has been administered during a patient’s hospital stay. We need to address this challenge to, in turn, address chronic opioid use. One IT solution, IllumiCare’s Controlled Substance App for its Smart Ribbon, gives visibility into the state opioid and controlled substance database history along with the inpatient dosage history for the first full picture of opioid exposure. Moreover it converts opioid administration into normalized equivalents of morphine per day and cumulatively. Real patient experiences powered the development of this EMR-agnostic tool.

This technology allows for the monitoring of peak opioid doses that need to be carefully tracked, as administering more than 50-60 MMEs is highly sensitizing. It also addresses how many MMEs the patient could be discharged with based on the exposure from the last 24 hours. Bringing the ability to calculate MME into a hospital setting to see how many opioids a patient has received in the last 24 to 48 hours helps guide physicians in writing an appropriate 3-, 5-, or 10-day prescription.

The current approach is to wait and see if someone is showing signs of addiction, for example, when we can see that the patient has multiple prescriptions for opioids in the state database. We can do a better job of curbing the crisis if we began managing the situation when it typically starts—in an inpatient setting. The EMR and health IT solutions hold the key to making this panoramic view of exposure possible and actionable. While the opioid crisis is complex, this is one layer of the problem where data can be reworked and compiled in a way that makes a difference.

Mukul Mehra, MD, is the CTO and co-founder of IllumiCare and practicing gastroenterologist in Birmingham. As managing partner of his practice, Southeast Gastroenterology, and the Director of Endoscopy at St. Vincent’s Health System, Dr. Mehra understands the limited access physicians have to cost and risk data. He designed the Smart Ribbon, now used in 120+ hospitals, to assist in, not impede, smarter fiscal and medical decision making where physicians can control cost. Dr. Mehra received a MD from the University of Alabama and completed his residency and fellowship at Washington University School of Medicine in St. Louis.