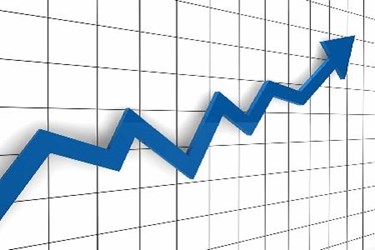 Healthcare organizations are facing serious financial challenges as they are forced to convert their practices and patient records to digital formats. New data from Medical Group Management Association (MGMA) reveals healthcare IT costs rose more than 40 percent since 2009 to $32,500 per physician. The rise is attributed to covering costs related to information technology equipment, staff, maintenance, and other related expenses.

According to the MGMA 2016 Cost and Revenue: 2016 Report Based on 2015 Data, IT costs rose the most between 2010 and 2011 in response to the implementation of the 2009 Health Information Technology for Economic and Clinical Health (HITECH) Act, which incentivized healthcare providers to use certified electronic health records (EHRs.)

“While technology plays a crucial role in helping healthcare organizations evolve to provide higher-quality, value-based care, this transition is becoming increasingly expensive,” Halee Fischer-Wright, MD, MMM, FAAP, CMPE, president and CEO of the Medical Group Management Association, explained the press statement. “We remain concerned that far too much of a practice’s IT investment is tied directly to complying with the ever-increasing number of federal requirements, rather than to providing better patient care. Unless we see significant changes in the final MIPS/APM rule, practice IT costs will continue to rise without a corresponding improvement in the care delivery process.”

The study also postulates increasing adoption and complexity of healthcare IT is a contributing factor for the escalating IT staff expenses reported in the study. IT staff expenses alone have risen nearly 47 percent per full-time physician since 2009.

Other trends contributing to higher IT costs are investment in online patient portals and rising total operating costs, each placing greater burdens on providers and practices to leverage technology to be cost-effective as they transition towards value-based care payment models. Total operating costs increased by nearly 15 percent per physician in 2015, while total revenue increased only 10 percent.

Modern Healthcare reported a separate MGMA poll taken in June found 61.7 percent of respondents said their groups expected to attest to having met federal meaningful use standards under the EHR incentive payment program. Roughly 10 percent said they planned to file for a hardship exemption, 9 percent were unsure, 9 percent said the requirements weren't applicable to them, and 9 percent reported they will not attest.

That means that, while health IT costs have risen, measuring any offsetting increases in revenue or reductions in other expenses to help pay for health IT systems has remained a challenge, according to Robert Tennant, the MGMA’s health information policy director. “We’ve not really got data on that side, yet,” Tennant told Modern Healthcare.