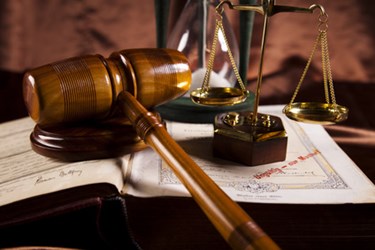 The American Hospital Association, together with four delivery systems and four state hospital associations have filed two federal lawsuits challenging the “two-midnight rule” for hospitals, as well as a 0.2 percent payment cut in Medicare to offset alleged higher costs because of the rule, Health Data Management reported.

The complaints challenge the decision on the part of CMS to withhold reimbursement for admissions of less than three days based upon a new definition of inpatient. They also target two other policies related to reimbursement conditions for inpatient services and include details about the financial impact the rules have had on the hospitals taking part in the lawsuit.

EHR Intelligence.com reported that the plaintiffs argue that these Medicare policies directly contradict the long-standing history of CMS supporting a physician’s right to address the needs of each patient on a case-by-case basis, stating:

CMS’s newly-minted “two-midnight” rule has deprived and will deprive hospitals of Medicare reimbursement for reasonable, medically necessary care they provide to patients. And the rule is arbitrary and capricious: It undoes decades of Medicare policy. It unwisely permits the government to supplant treating physicians’ judgment. And most important, it defies common sense. The word “inpatient” simply doesn’t mean “a person who stays in the hospital until Day 3,” and CMS is not at liberty to change the meaning of words to save money.

Two other components of the Administrative Procedure Act (APA) are also under attack. One focuses on the ability of hospitals to be reimbursement under Medicare Part B for outpatient services in instances where a judgment by Medicare review contractors determines that those services should not be paid under Medicare Part A. The other pertains to written physician orders as a condition of Medicare payment for every inpatient stay:

These three policies deprive hospitals of reimbursement to which they are entitled. They also have forced and are forcing hospitals to spend hundreds of thousands of dollars, and hundreds of hours of personnel time, to change their medical records systems, admissions policies and procedures, and documentation protocols, harming hospitals and consuming resources that instead could be invested in patient care.

The lawsuits are available here.