Healthcare Marketplace Trends And Expectations For 2020 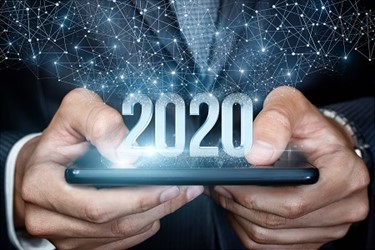 Over the last few years, the healthcare marketplace has continued to evolve. Market forces including M&A and new innovations in technology solutions, from consumer-facing digital front doors to back office patient matching solutions, are helping to fuel this evolution. With all of this activity at play, demands for innovation, transparency, and the race to acquire more patients are at the forefront of competitive strategy.

As we move into 2020, a few key factors will play a role in the continued evolution of this marketplace. In order to succeed, healthcare executives need to understand and embrace the key trends that will help to shape business strategies this year and beyond.

The following insights outline what we believe will be the driving trends as we move through this new year.

Newer technology that was not available when the idea was first presented now exists and will help to solve the problem of patient identity resolution. In fact, The Pew Charitable Trusts released a report highlighting referential matching technology as one of four opportunities to improve patient matching nationwide.

Current technological infrastructure is also a challenge as it relates to an NPI. The NPI concept is just that, a concept, and not encoded in the billions of medical records that exist nationwide (and globally for that matter). Even if an NPI was magically distributed to everybody tomorrow, the entire infrastructure of medical records would not have knowledge of that new number. And it's likely to take a generation for all of those old medical records to become encrypted.

Additionally, every system out there that's capturing a person's identity or encoding information in a medical record doesn't have a field for an NPI. So, everything will need to be retrofitted and that is going to take many years. In the end, the requirements for restructuring the current infrastructure weighed too heavily against the glistening idea of an NPI, making it an impractical and out-of-date solution for the modern era.

Health systems will more aggressively compete for patients and focus on understanding and treating them as consumers. The age of consumerization in healthcare is here to stay and in order to be competitive, drive loyalty, and gain access to new patients, healthcare providers will focus more energy on treating patients as consumers. This will become much more important in 2020 when the idea that competing for patients is a necessity will be fully embraced.

The traditional notion of competition — the hospital or doctor’s office down the street — is completely changing in the era of patient as consumer. Healthcare executives are beginning to realize that competition now comes in many forms. The empowered patient, now bearing a larger majority of healthcare costs, is shopping around for healthcare needs. They’re turning to services like CVS’s new walk-in MinuteClinic, which provides treatments, health screenings, and vaccinations seven days a week.

We can expect to see more of these alternatives to traditional healthcare solutions popping up nationwide. Just look at the venture money that's being invested in different forms of healthcare delivery. In particular, investments in community health solutions and also telehealth. In fact, a new model for healthcare delivery is already underway. Haven was formed by the leaders of Amazon, Berkshire Hathaway, and JPMorgan Chase because executives at these companies have been frustrated by the quality, service, and high costs that their employees and families have experienced in the U.S. health system. They think they can do better and have committed to being a part of the solution.

As more of these newer solutions grow in popularity, while also decreasing cost for the consumer, competing for patients will become an urgent mandate for the CEOs of health systems. It's incumbent upon every hospital system today — while they still have a Rolodex of patients — to establish a sense of loyalty and connection.

By the end of the decade, it will be deemed unethical for doctors to diagnose and prescribe important medical procedures without first consulting an AI-driven consultation system. Treatment for all kinds of conditions is often prescribed to be highly personalized for each individual. In the past, doctors had fewer variables and understood the modalities, drug doses, and treatments that worked best for their patients. Decisions were often made based on things like height, weight, and gender. Certain drugs or treatment methods would work for a “type” of person that was defined by specific characteristics.

Patient profiling, based on these characteristics, is no longer acceptable. Now new variables, including environment, demographics, social determinants of health, and more play a role in determining the most optimal treatment. And with each day, more drugs are being approved, new medical devices enter the market and the options expand exponentially.

Doctors now need to take all of these additional characteristics into consideration when prescribing the best treatment options. What works for you may not be right for me, even if we are the same gender, height, weight, etc. Treatment decision making has evolved and is based on a complex combination of many variables, far too many variables than any doctor could ever process.

Enter Artificial Intelligence, commonly referred to as AI and already in use across a vast number of industries. AI is poised to transform the way doctors treat patients by accessing and analyzing vast sets of data that will allow practitioners to better diagnose and prescribe customized treatments based on a unique set of patient parameters. Using AI, data is gathered and analyzed across a multitude of patient conditions to detect trends and even make predictions through machine learning.

AI is the only way health systems, and everyone involved in the ongoing care of patients will be able to keep up with the vast amounts of data collected on a daily basis, research being conducted, newly approved drugs, and more. And by the end of the decade, it will be deemed unethical for doctors to diagnose and prescribe important medical procedures without first consulting an AI-driven consultation system.

Revolutions are often driven by hard goods that help to redefine entire economies and change the way we work and live. Oil refineries fueled the automotive industry making us more mobile, while coal and advances in the creation of steel, chemicals, and electricity, helped spawn the second Industrial Revolution.

We are now in another phase of the information age and technical revolution with computers using data as fuel to further support the backbone of our economy. For example, computers are now running our banks and financial institutions. And the Tesla is not only a car, but also a computer on wheels. While that device in your hands is both a phone and a tiny computer that houses some of your most treasured data.

As the information age continues to evolve, just about every company is now a software company, and hospitals are no different. Just think about the massive amounts of data that clinicians, administrators, and beyond are collecting each and every day. This data is being used to improve patient outcomes; boost productivity; improve the revenue stream for a practice, hospital or healthcare organization; drive patient loyalty, and more. As we enter into 2020, healthcare executives that embrace the power of data and run their organizations as software companies will be the winners in the race to compete and succeed.

Mark LaRow is the CEO of Verato.