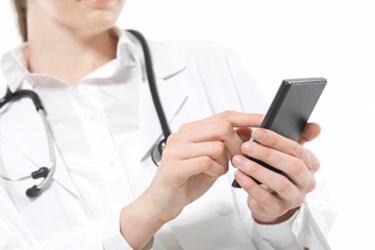 A recent Perspectives article by innovation experts from the Perelman School of Medicine and the Wharton School at the University of Pennsylvania has suggested innovation can achieve meaningful outcomes most efficiently by rapidly testing ideas in the real world. The article, Innovation as Discipline, Not Fad, was published in the New England Journal of Medicine and asserts clinicians need to look beyond innovation as a fad and understand that it can have wide-ranging significance when approached properly.

In an interview with The LDI Health Economist, Asch said, “Many believe the process of healthcare innovation is the process of ideation – of coming up with often-wacky ideas that seem incredibly exciting. But it’s really very different from that; innovation in a healthcare setting is a highly disciplined enterprise involving scientific rigor, testing and implementation. It can seem boring if you think innovation is just about creating trendy smartphone apps.”

“Healthcare innovation is not about iPhone apps. It’s about disciplined approaches to rapidly testing new ideas to promote better patient care,” Asch continued. “We’re moving into an era where ‘getting away’ with as little testing as possible is an essential feature of successful innovation - so long as that testing is done in a real context where the results are believable.”

Co-author Roy Rosin, MBA, chief innovation officer at Penn Medicine added, “In the business world successful innovators have moved away from surveys and focus groups that tell us what people say, and instead have created approaches that reveal what people actually want and actually do.”

In fact, Asch and Rosin feel healthcare can model several techniques from the business world in order to learn quickly at low cost, including “vapor tests,” “fake front ends,” and “fake back ends.”

Vapor tests involve deception by advertising products that never existed in order to gauge their selling potential, and therefore healthcare must deploy them judiciously in order to conform to professional norms. However, if phrased properly, such an approach could help determine the efficiency of offering particular services, according to the authors.

The authors provide an example of how healthcare can use fake front ends, citing The Children’s Hospital of Philadelphia’s recent use of a fake front end to test whether they could safely reduce admissions among sickle cell disease patients who visited the emergency department with fever but low risk for bacterial infection. While all of the patients were actually admitted, physicians were asked to identify which children could safely be sent home, resulting in data that showed that 27 percent of children could safely avoid admission.

Fake back ends and mini-pilots are also innovative methods that can be applied to developments in healthcare.

The authors conclude, “With these techniques, we can test ideas faster and at lower cost to determine which ones work. Some organizations have already improved healthcare by using these methods to identify the intersection of human needs, business viability, and technical feasibility. Collectively, rapid validation techniques make us optimistic about the enduring contribution of healthcare innovation. Other industries have advanced these techniques, but healthcare can adapt them to do much more than just build the next app.”