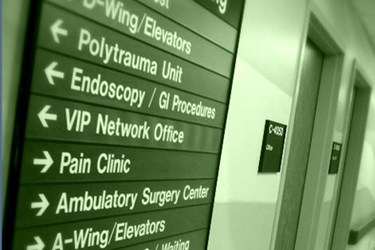 Modern Healthcare reports that Advocate Health Care is experiencing encouraging early results in operating Medicare Accountable Care Organizations. However, it has not been an easy road so far, but rather one achieved through failure, experimentation, and adaptation.

VP of Outpatient Enterprise Care Management for Advocate Sharon Rudnick addressed the American College of Healthcare Executives annual meeting in Chicago last week. She stated, "I cannot stress enough that it does take a long time.” Now, with more than three years of experience, Advocate's strategy continues to evolve. "Just get used to reevaluating it and changing it every year,” she advised.

Advocate was one of over 100 organizations to sign Medicare's first Shared Savings Program contract in 2012. It was one of the cost control and quality improvement initiatives authorized by the Patient Protection and Affordable Care Act. The purpose of the contract was to test the accountable care model, which offers financial incentives to hospitals and doctors for meeting cost and quality targets. In 2011, the Downers Grove, IL-based health system had entered a private ACO contract with Blue Cross and Blue Shield Illinois.

Based on its preliminary successes, Advocate is preparing to expand its ACO efforts and officials believe its investments show a promise of return. "You can manage risk by managing really good quality of care," Rudnick said. "You can manage expense and revenue as well." Two-thirds of Advocate’s hospital revenue now comes from shared savings contracts. Advocate Vice President of Innovation Michael Randall stated, "We're very much getting to a tipping point.”

Although Advocate's ACO program with Blue Cross and Blue Shield Illinois has kept patients out of the hospital, thus reducing costs, its Medicare ACO results were more mixed. Cost did not accelerate; however, the system did not reduce spending enough to earn a bonus.

In order to ensure success of the program, Advocate invested in workforce and information technology to operate ACO programs. They also expanded Advocate's workforce to include 60 care coordinators, and it hired assistants to shoulder some of the coordinators' workload. As a result of its new contracts with patients with unique needs, like seniors needing long-term care or expectant mothers and infants on Medicaid, Advocate has also seen its network of providers expand.

One problem that Rudnick acknowledged in the process has been limited access to timely data on patients' use of medical care and costs, which are necessary to target interventions and potentially avoid hospitalization. There have been some improvements in that area, but she said that better access is certainly essential.