From Scrubbing In To Geeking Out: How My Career Took An Unexpected Turn To IT 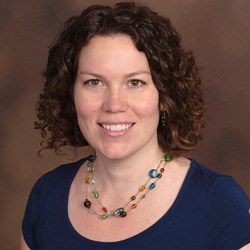 When you think of nurses working in a hospital, you probably imagine them passing out medications, administering treatments, interpreting doctor’s instructions, or simply holding a patient’s hand. And, when I first graduated from nursing school, those were things I did. But my view of nursing began to change in 2002 when I was training to become a surgical nurse while serving in the U.S. Army Nurse Corps.

The nurses who were showing me the ropes of the operating room had serious concerns about the implementation of a new electronic documentation system. The most experienced nurses were threatening to retire, rather than learn to use a computer. Nurses were double staffed, one to tend to the patient and the other to act as a data technician. And, most shockingly, the best and brightest young nurses had been hidden away in a supply closet for months, manually inputting hordes of data into the new, million dollar computer system instead of caring for their patients.

I could not believe how much time and taxpayer resources were being invested (think: wasted). I was frustrated the nurses were more worried about the computer system than the patients. And, more importantly, I didn’t understand why it took so much work to implement software that was so expensive to begin with. It didn’t seem like the developers had ever been in an operating room. It was no surprise to me to later hear this implementation was eventually considered a failure, and thankfully the software was not adopted Army-wide.

About a year later, I hurt my wrist during a friendly volleyball game and was not able to provide direct patient care. Instead, I was assigned to lead a supply chain project where I worked with the information technology department and was mentored by a tech-savvy nurse leader. Through this project I found a strong inner drive for process optimization and a glimpse of the automating power of a well-functioning software system.

Although I was not well versed in programming at the time, I knew there had to be a solution to the clunky documentation systems and painful software implementations. A solution that would save time and resources, and ultimately put nurses’ focus back on patient well-being and satisfaction. So, when I began my civilian career at a small hospital, I started tinkering with computer programs to automate the entirely paper-based processes in our operating room.

Since then, I’ve obtained formal training in programming, technology management, and healthcare informatics. I know my decision to move away from a traditional nursing role was the right choice for me when I see that things haven’t changed much in the last 15 years. Today, 90 percent of nurses feel that EHRs negatively impact communication with patients (Black Book, 10/16/2014). And there are still clusters of nurses in supply closets all over the country, supporting software implementations. Case in point: Partners HealthCare in Massachusetts had to hire over 600 new employees to implement a new EHR system. With a final cost of $1.2 billion, double the budgeted number, it’s easy to see that implementations are not running any more smoothly in present day projects (Boston Globe, 6/1/2015).

A close runner up to usability, as another of the biggest problems facing our industry, is the incredible amount of siloed data. In my work prepping for an implementation of an electronic medical record system at a small clinic, I found that creating digital versions of a patient's chart is only helpful if the data is collected, stored, and exchanged in a way that it can be used to make better decisions.

When my son broke his arm, I found myself right in the middle of a situation that plagues patients on a daily basis. The urgent care took an x-ray to confirm, yes — it was broken, and sent us to the emergency room. Being a nosy nurse-mom, I took a picture of the x-ray with my iPhone to texted it to my sister. But, when the emergency room wasn’t able to access the file containing my son’s x-rays, they had to use my iPhone picture to confirm the diagnosis! It’s 2015 — healthcare providers from different hospitals should to be able to quickly access, analyze and respond to a patient’s EHRs, regardless of the file format!

Today, I work for a healthcare software company and I’m finishing up my PhD in Healthcare Informatics. I’ve been studying nurse decision making, because I know we need to understand current processes and practices before we “fix” them with a computerized solution. Our government has given $31 billion to hospitals and physicians to incent them to implement EHRs (CMS, 7/1/2015). And healthcare systems follow along, implementing billion dollar systems with uncertain returns (Boston Globe, 6/1/2015).

In my role as a healthcare informaticist, I work with engineers and design teams to develop easy-to-use software for nurses so they can capture accurate data at the point of care and then work with analysts to interpret the data and turn the results into actionable insights — all to improve patient outcomes. But improving these inefficiencies will not just benefit patients. When done correctly, the ability to automate tasks is a powerful tool to reduce nurses’ workload — freeing up additional time for patients. Prescription refills, surgical supply reorders, even determining how many nurses to staff on a particular shift can be automated if devices are able to communicate through a common language and those who really understand the issues are involved in the creation of solutions.

I began my foray into healthcare informatics innocently enough, seeking a solution to improve the functionality of patient records so that nurses could spend more time caring for their patients and less time inputting data. What I found though, was an opportunity to continue providing quality healthcare, not by holding a patient’s hand, but by working outside of the four walls of a hospital and using my experience to improve the way software is built.

About The Author
Elizabeth Meyers is the Chief Nursing Information Officer at Infor. In her role, she is responsible for formulating, communicating, and executing business plans for Infor’s healthcare solutions. Prior to joining Infor, she led Fairview Supply Chain’s business intelligence team, responsible for converting data into actionable information for decision making. Meyers also worked as a perioperative nurse in the U.S. Army and held positions in surgery and clinical management with Baldwin Area Medical Center. Meyers earned a bachelor’s degree in nursing from the University of Minnesota and a master’s degree in technology management from the University of Wisconsin. She is currently a PhD Candidate in healthcare informatics with the University of Minnesota, where she is also a guest lecturer.