First We Fix The Data, Then We Make It Work For Us 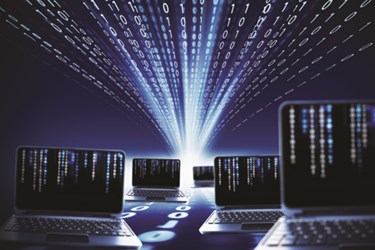 The healthcare industry amasses a tremendous amount of clinical data from which it gets far less value than it should. One issue is the lack of consistent, or perhaps I should say persistent, data stewardship with many errors and omissions negatively impacting clinicians. A second issue is a failure to put clinical data to work in meaningful ways, including the identification of trends and patterns (your most at-risk patients), or — at a much higher system level — reducing network leakage and creating effective measurement initiatives. Addressing these issues will be essential to achieving meaningful progress toward healthcare industry goals — and it’s really not as difficult as it seems.

Trust in health data is very important and health leaders don’t fully understand how much harm has been caused to clinicians and quality by issues of data stewardship. The measurements have been bad because the measures have been bad. People show up with 3-ring binders, hit people over the head, and say, “You aren’t doing well!”

When clinicians then find these weird blemishes in the data, it doesn’t go well. But what happens in life, in the twists and the turns, is that simple mistakes get made. There are a lot of hands in the clinics working on a lot of things, and stuff happens. Sometimes people get married, and sometimes people who get married change their last names. Sometimes these same people have chronic conditions. And when you think about tracking somebody, the clinic staff treats Joanne Olsen, now known as a Joanne Williams. In IT systems, she is an entirely new being, assigned a completely new medical record number; to her nurses and doctors, she is still Joanne; but in the database, there are two of her.

These blemishes happen, and they’re not done with intent. But they cause problems, and they aren’t easy to find. That’s why health data requires persistent data stewardship. It requires tools to find all sorts of holes, trapdoors, and quicksand. It also requires maximizing existing tools, especially the electronic record. To make the electronic record shine, we have to identify the ways in which it hiccups, then fix the cause and the damage it has done. Clinicians need to be able to pull up Joanne, right in front of them, when she is there in the office.

In the early 1990s, the idea of putting primary care at the center of a care network and giving it a gatekeeping function was a very powerful construct. It was a step toward, “You folks have to work together.” We have now entered an era in which a pendulum of risk slowly begins to shift and move. We are at the point where the risk bearer — which is still the health plans, but will soon be the health system as well — will have to build and understand its own narrow network.

The root cause often is not deep. If a neurologist doesn’t like to see patients late on Thursdays and doesn’t like to work on Friday afternoons, patients with neurology consults end up getting that through an emergency department (ED) visit. Scheduling and other access issues come into play.

Why would a patient ever willfully go out of network in a model where the primary care physician is guiding the path? Patients typically want their care to be well-coordinated among all doctors on the care team, but issues with access can become quite a problem. Risk bearers understand that they need to understand network leakage, but how to track and measure it is a foreign construct.

Getting to the root of this involves identifying whether leakage is systemic, intentional, or accidental. The opportunity is to understand and measure what the flow of patients looks like, where there may be bottlenecks, and the fundamental ways to fix them. This often isn’t a clinical challenge, but an operational challenge. We have to understand the composure of the network, how it’s performing and its variability.

In some cases, simply mapping out the distribution of a medical group’s patients and overlaying open and closed panels can yield surprising insights about how convenient it is or isn’t for patients to set appointments. It can also point the way to adding new patients to replace any that exit the network for any reason.

Physicians have become bombarded with measurement initiatives. There’s everything from Hospital Compare on Medicare.gov and various other websites, and the work of companies like Healthgrades. Add in Consumer Reports and Consumers Union. But to many providers, the most concerning are measures of hospital and clinician performance that are built from claims data. What’s the story with all this great clinical data we’re generating?

The story is clinicians haven’t taken it upon themselves to measure because they are so busy. Most hospitals and health systems are still very production-oriented and revenue cycle-centric. Quality matters, but measuring it isn’t a priority for providers. So measures are made with the data that’s available, and that’s claims data.

Denominators, particularly patient-oriented ones, are easier to build from claims. We worry about people who have catheters and infections because we can count that, and we go with what we can count. The question for clinicians to answer is: if we set a baseline of where we are with our sickest patients, is it going to get better; will we to be able to move the needle? Culturally, that’s where we are trying to advance.

Consider the ED. Patient comes into the ED with complications. Clinicians resolve them. And within 18 hours, someone calls that patient’s primary care physician for less than two minutes and gave them a heads-up. That measure could become the gold standard.

Next, consider the patient who shows up, and a quick review of the electronic record shows that just within the health system, within that record and without traveling outside, they are now on four medications. And in the ED, a scribe goes directly to the Pharm.D on call and performs a very quick medication reconciliation, and notifies the primary care physician. Those simple steps are far more important than identifying patients who were admitted, given a catheter and developed an infection, and figuring out whose fault it was.

But until we get to a point where the clinicians see how they can contribute to the value-based world, value-based will be very much defined from claims.

Delivering quality care is challenging. Making sure the data we collect is dependable, and putting that data to productive use, is also challenging. But the two go hand-in-hand in an increasingly data-driven world. It’s time we meet those challenges — persistently.