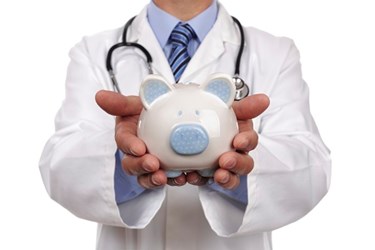 Four state Obamacare exchanges are now forced to rebuild or transition to the federal exchange.

According to Politico, close to “half a billion dollars in federal money has been spent developing four state healthcare exchanges that are now in shambles, a price tag for salvaging them that may still skyrocket. Each of the states — Massachusetts, Oregon, Nevada, and Maryland — embraced Obamacare, and each underperformed. All have come under scathing criticism and now face months of uncertainty as they rush to rebuild their systems or transition to the federal exchange.”

Here are the details, provided by IJR Review:

And there are other pending problems in Minnesota and Hawaii, where state exchanges are experiencing significant problems, but can’t quite be considered “failed,” like the above four states.

The above figures are only a fraction of the total amount of federal funds that the Kaiser Foundation estimates has been approved for state exchange spending, which is close to $4.7 billion. Only 14 states set up their own exchanges, the remaining states opting to use the healthcare.gov site. Originally, the healthcare bill intended that most- if not all- states would have their own exchanges and that only a few would use the federal one.

The federal government is caught between writing still more exorbitant checks to give them a second chance at creating viable exchanges of their own or, for a lesser although not inexpensive sum, adding still more states to HealthCare.gov. The federal system is already serving 36 states, far more than originally anticipated.

Nevada is still trying to figure out its future. Oregon has decided to switch to HealthCare.gov. Maryland wants to fix its own exchange, maybe by incorporating what worked in Connecticut. Massachusetts actually wants to do both — build a portal from scratch while planning a move to the federal exchange as a backup, which could require more than $120 million on top of the $170 million it already has been awarded. That cost is nearly twice as much as if the state were to simply bail on its Connector, but officials seem to be banking in part on the Obama administration’s greater interest in helping the Massachusetts exchange — the once-pioneering model for Obamacare — survive.

Meanwhile, Fox News reports Republicans have introduced a bill that would require states who completely scrap their state-run ObamaCare exchanges to pay back the federal government for the money that was wasted. Authored by Sen. Orrin Hatch, R-UT, and Sen. John Barrasso, R-WY., the bill would apply to states who forego their own state exchange in favor of the federal marketplace.