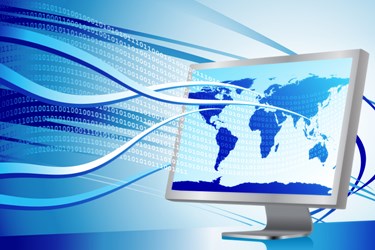 The decision follows criticism of vendors for impeding interoperability and information exchange.

Epic Systems has announced it is waving data sharing fees for data transfers between Epic customers and non-Epic customers through its Care Elsewhere module, according to Modern Healthcare. The decision follows harsh criticism of EHR vendors in some circles for impeding interoperability and information exchange.

As Niam Yaraghi, a Brookings Institution policy analyst explains, “The new pay for performance payment methods in which the medical providers are being paid a fixed amount for treating patients would drive them to become more efficient and increase their profit margin by seeking solutions such as health information exchange to cut costs.

“Because the market for new EHR products is now saturated, the only revenue source for EHR vendors is charges for data exchange. Currently, they can get away with outlandish charges because they know the incentives from the federal government allow doctors to cover their costs.”

Epic ECO Judy Faulkner said, “We're not going to charge for Care Everywhere for at least until 2020.” This represents a change for healthcare organizations, since current practice means that clinical messages sent to an information exchange were priced at 20 cents apiece and incoming messages from a non-Epic system cost $2.35 for that patient for a year for unlimited messages, according to Faulkner.

Physicians also criticized vendor fees, according to Politico, which writes the fees were “thwarting the goals of the $30 billion federal push to get doctors and hospitals to digitize health records.”

And just last week, the ONC said “information blocking” is a real impediment to information sharing that will likely become more pronounced as HIT expectations and technological capabilities continue to evolve and mature. This is according to findings of a report to Congress, which discovered that technology vendors, hospitals, and healthcare systems often use security and confidentiality as excuses to restrict data access and block information sharing.

It appears vendors are heeding the criticism. CommonWell co-founder Cerner Corp pledged last fall it would absorb customer participation costs in the program through 2017. The alliance is a consortium, created in 2013, designed to develop a proprietary interoperability platform. Athenahealth has also entered into what Modern Healthcare’s Joseph Conn has dubbed the “interoperability price war.”

Epic CEO Faulkner told the crowd at this year’s HMISS that the company “thought it was cheaper” than its competitors, but found the fees irritated customers. And while the fees represent just a minute fraction of Epic’s overall revenue, the perception by the healthcare industry can only be positive. It implies that vendors, and Epic in particular, are willing to work with healthcare providers to move towards interoperability, giving into government pressure.

The ONC report focused blame on vendors, stating, “Many of these complaints allege that developers charge fees that make it cost-prohibitive for most customers to send, receive, or export electronic health information stored in EHRs, or to establish interfaces that enable such information to be exchanged with other providers, persons, or entities.”