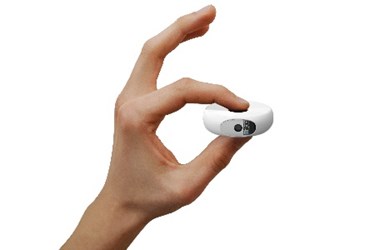 Researchers with the Scripps Translational Science Institute (STSI) have completed enrollment in the first clinical trial of the Scanadu Scout, a wireless health sensor that measures four vital signs in a few seconds by touching the device to the temple.

“As more wireless health sensors become available to consumers, it is critical that these technologies undergo independent, scientific testing to validate their effectiveness and value,” said Eric Topol, M.D., who directs STSI and serves as chief academic officer of Scripps Health. “This study fully reflects the institute’s mission of clinical validation of promising digital technology before it goes into mainstream medicine.”

Enrollment in the study was recently closed after participation surpassed 4,000 people. Participants were recruited from more than 5,000 people in the United States who invested in the device through a record-breaking Indiegogo crowdfunding campaign. Those investors were the first consumers to receive the device earlier this year.

Scanadu made headlines last year when it landed among 10 finalists competing for the $10M Qualcomm Tricorder XPRIZE, a global technology challenge named for the San Diego-based wireless telecommunications company and the fictional hand-held wireless medical device depicted in the “Star Trek” series.

Study tracking device usage
The Scripps clinical trial will track how often participants use the Scanadu Scout during a six- month evaluation period, how they perceive the device’s ease of use, and how it affects various health behaviors such as communication with physicians and medication adherence.

STSI is a National Institutes of Health sponsored consortium led by Scripps Health in collaboration with The Scripps Research Institute. Through this innovative partnership, Scripps is leading the effort to translate wireless and genetic medical technologies into high-quality, cost-effective treatments and diagnostics for patients.

During the Scanadu Scout study, participants will use the device to measure their heart rate, blood pressure, blood oxygen level and temperature. They have been instructed to use the device as much as they would like over the course of the study. Data is being collected through a smartphone app that works with the sensor and web-based surveys administered three times during the evaluation period.

“The goal of this study is to see how using an innovative vital sign monitor influences the emotions and decision-making process of device users,” said Steven Steinhubl, M.D., who is director of digital medicine at Scripps Health and oversees wireless technology studies at STSI. “It’s important to better understand these behaviors as more health information is collected by new devices like the Scanadu Scout.”

Data delivered in 10 seconds
The device, which is about the same size as a makeup compact, includes multiple electrodes and an infrared sensor that are touched when the device is held between the thumb and forefinger up to the temple. Blood pressure is measured without using an arm cuff, and blood oxygen level is determined without a finger clip.

The sensor collects vital signs data in about 10 seconds then sends it to its smartphone app over a Bluetooth connection. Once in the app, the data can be viewed by the study participant and collected by researchers.

“Partnering with the Scripps Translational Science Institute for our clinical trial was a no brainer,” said Walter de Brouwer, CEO of Scanadu. “They’re one of the most reputable biomedical institutions and have been able to collect vital participant data to support Scanadu as we undergo our Food and Drug Administration submission process. We look forward to building on our partnership as we work to bring the Scanadu Scout to the masses.”

About Scripps Translational Science Institute
The Scripps Translational Science Institute (STSI), a unique collaboration between Scripps Health and the Scripps Research Institute (TSRI), aims to replace traditional one-size-fits-all medicine with precision health care through the clinical study and validation of genomic medicine, wireless health sensors and apps, and other digital medicine technologies. Supported in part by a National Institutes of Health Clinical and Translational Science Award, STSI brings together the clinical excellence of Scripps Health with the biomedical science expertise of TSRI to accelerate the movement of new discoveries and technologies from the laboratory to the patient bedside while training a new generation of physician-scientists. For more information, visit www.stsiweb.org.

About Scripps Health
Founded in 1924 by philanthropist Ellen Browning Scripps, Scripps Health is a nonprofit integrated health system based in San Diego, Calif. Scripps treats more than 600,000 patients annually through the dedication of 2,600 affiliated physicians and more than 14,000 employees among its five acute-care hospital campuses, hospice and home health care services, 28 outpatient centers and clinics, and hundreds of physician offices throughout the region.

Recognized as a leader in prevention, diagnosis and treatment, Scripps is also at the forefront of clinical research, genomic medicine and wireless health care. With three highly respected graduate medical education programs, Scripps is a longstanding member of the Association of American Medical Colleges. Scripps hospitals are consistently ranked by U.S. News & World Report among the nation’s best and Scripps is regularly recognized by Fortune, Working Mother magazine and AARP as one of the best places in the nation to work. For more information, visit www.scripps.org.