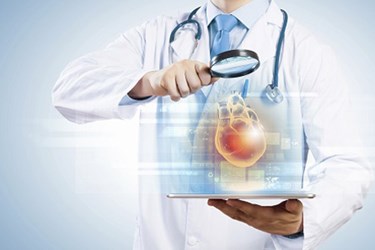 There has been great emphasis placed on the role of technology in the diagnosis and treatment of diseases like cancer lately, from the Moonshot Cancer Initiative sponsored by Vice President Joe Biden, to the 21st Century Cures Act recently passed by the House of Representative and slated for vote in the Senate soon. Traditional cancer diagnostic methods including biopsies are labor-intensive, expensive, and invasive. Now, NuView Life Sciences (NVLS) has developed a liquid biopsy technology poised to change the way cancer is diagnosed.

Research has revealed genetic mutations present themselves in precancerous or malignant cells, making the identification of such mutations a key factor in early diagnosis and effective treatment for cancer. However, these genetic mutations can be especially hard to pinpoint within the body, and therefore have not been used as a primary method of diagnosis today. Instead, healthcare relies on a series of imaging tests — x-rays, PET scans, mammograms, and ultrasounds — to identify cancerous masses for treatment. However, imaging scans cannot identify microscopic cancers or be used to classify the cellular composition of a tumor, limiting their success in proactively treating disease.

The traditional tissue biopsies used to gather genetic material for analysis are invasive, labor-intensive, and expensive, often taking as long as 27 days to return diagnostic results. NVLS is developing liquid biopsies technology that can focus on identifying biomarkers from tumor cells present in body fluids, and this type of biopsy is becoming more important as medical care shifts to a precision medicine mindset.

According to one report, the non-invasive cancer diagnostics market, which is primarily driven by liquid biopsy technology currently in use or in development, will grow by as much as 44 percent by 2030, driven by the early diagnosis of prostate, breast, colorectal, and lung cancer. These four types of cancer are expected to account for over 70 percent of the liquid biopsy market in 2030.

NVLS is working to change the way cancer is diagnosed by developing its precision medicine NV-VPAC1 platform technology. NVLS’ chairman and CEO, Paul Crowe, explained, “We’re working towards using NV-VPAC1 in liquid biopsies, which is much less invasive, painful, and less costly overall compared to traditional surgical biopsy methods. Because cancer cells are identified by certain biomarkers that result from genetic mutations, NV-VPAC1 is being tested in in vitro diagnostic scenarios to confirm cancerous mutations in prostate cells contained in voided urine specimens.”

“We believe that NV-VPAC1 could eventually be used to screen for cancer in other biological fluids, such as bloodserum, cerebral spinal fluid and saliva. After all, liquid biopsy technology has the potential to completely change the cancer diagnostics industry, and we want that change to be part of that change,” said Crowe.