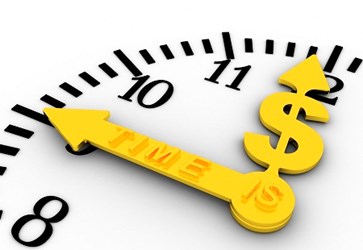 One study has found the use of an electronic health records system reduces the time clinicians spend with patients and even has an effect of workflow patterns.

After the implementation of an EHR system, residents used time that would normally be set aside for patient care to instead update the electronic record. This comes from a study which evaluated the residents’ workflow and time management before and after EHR implementation that was published by Laryngoscope on Wiley Online Library.

Researchers from the Baylor College of Medicine found that after EHRs were in use, the residents spent “significantly” less time directly caring for patients. Instead, they used their time for indirect patient care, or in this case, entering patient data into the EHR. According to Fierce EMR, residents using the EHR spent 48.6 percent of their indirect care time in the electronic record. Those using paper only spent 38.4 percent of their time on records.

Becker’s Hospital Review reports “researchers suggest that while overall efficiency was not altered by EHRs, time dedicated to direct patient care was slightly shortened, providing "important objective insight" into EHR use and streamlining resident curriculum, according to the study.”

This isn’t the first time a study has suggested that EHRs take away from actual time with patients. A Northwestern University study found that physicians who use paper charts spend about 9 percent of an appointment looking at them. However, doctors using EHRs spend significantly more time with their eyes on a computer screen; about one third of the appointment time.

“When doctors spend that much time looking at the computer, it can be difficult for patients to get their attention,” said Enid Montague, PhD, first author of the study. “It’s likely that the ability to listen, problem-solve, and think creatively is not optimal when physicians’ eyes are glued to the screen.”