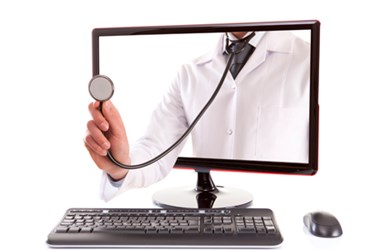 Virtual Reality Technology (VR) is becoming a more affordable option for hospitals and healthcare professionals as a tool to help patients with conditions ranging from pain management to depression to Alzheimer’s disease, Bloomberg reports. While the VR approach is still in an experimental stage within the healthcare industry, its use has become easier with the drop in price of the equipment making it a more affordable option for hospitals. In fact, the use of VR may help offset annual hospital care costs, which accounted for about 32 percent of health expenditures in 2014.

According to an SA-Business Research & Consulting Group report, Global Healthcare Virtual Reality & Augmented Reality Systems Market Assessment & Forecast: 2016-2020, the global healthcare virtual and augmented reality hardware market is predicted to grow at a CAGR of 29.2 percent between 2016 and 2020, and accounted for a value share of 43.7 percent.

Currently, there is a competition to create and provide a dominant VR set, causing prices of hardware to drop, which is good news for hospitals. With the falling prices, the cost of a headset and software is negligible when compared to the associated costs of keeping a patient in the hospital for an extra day (or more). According to Bloomberg, the Oculus Rift Headset retails at $599, while HTC’s Vive costs $799. Additional investment costs include a PC that costs about $999 to run the software.

“Pain is our harm alarm and it does a really good job of getting our attention,” Beth Darnall, a clinical associate professor at Stanford Health Care’s division of pain medicine, told Bloomberg. Stanford has engaged in pilot studies involving VR. According to Darnall, VR, is a psychological tool, like meditation, that can “calm the nervous system, and that dampens the pain processing.”

“We know that relaxation techniques like hypnosis, yoga, and meditation decrease your perception of pain, so VR has a lot of promise, but it’s too early for it to be the standard of care,” said Houman Danesh, director of integrative pain management at Mount Sinai Hospital in New York. “It’s a very young technology.”