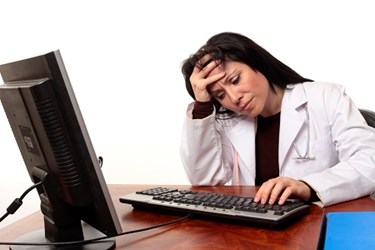 Providers make the decision to adopt EHRs as a way to reach a long-term goal, yet there is concern they can cause immediate problems.

Implementing a new records system isn’t easy. That’s why researchers from Harvard hypothesized switching to an EHR would cause providers negative short-term effects.

“Implementing a new EHR or switching to another is likely one of the most disruptive predictable events a hospital can experience, affecting practically every employee and workflow at a hospital,” researchers explained in The BMJ. “In the period immediately after implementation, workflow disruptions created by technologies like electronic order entry can give rise to a wide array of unintended consequences, such as inefficient workarounds, disruptions in continuity of care, and other electronically enabled errors.”

“That we found no association of EHR implementation with inpatient outcomes might be surprising given the negative impact associated with more routine, less disruptive changes,” researchers reported.

As with any study, some hospitals were outliers and did experience negative effects following implementation. For example, Brigham and Women’s Hospital came $53 million short in its projected $121 million surplus for fiscal year 2015 after going over-budget on their EHR implementation. In 2014, an Epic EHR implementation at Cambridge University Hospitals (CUH) in the United Kingdom, caused technical issues which resulted in patients needing to come back for tests and have operations or clinics rearranged.

The research team concluded, “Despite concerns that implementation of EHRs might adversely impact patient care during the acute transition period, we found no overall negative association of such implementation on short term inpatient mortality, adverse safety events, or readmissions in the Medicare population across 17 US hospitals.”