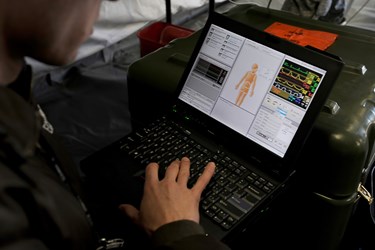 PwC proposes bid to the Department of Defense that would transform the department’s IT management to heighten quality and efficiency.

Last month, PwC announced it intended to offer a bid for the Department of Defense (DOD) Healthcare Management Systems Modernization (DHMSM) EHR contract. The DOD is searching for a contractor to replace the existing Military Health System (MHS) which currently has more than 9.7 million active duty, retired, and dependent beneficiaries./p>

According to FCW, last week PwC pitched a bid including the integration of open-source electronic health records (EHRs). PwC is joined by General Dynamics IT, as well as by DDS Inc. and Medsphere , both of which offer products based on Veterans Health Information Systems and Technology Architecture (VistA).

Open Health News, reports, according to PWC's Dan Garrett, head of Health IT practice, PwC, the VistA solution is a logical short-term solution because of existing interoperability between DOD and VA, and provides a sensible long term commitment because the open architecture of VistA provides the opportunity for the DOD to modernize at its own pace.

According to FCW, Garrett believes that the open-source solution is the right choice for DOD.

Garrett explained, “[VistA] was already funded and supported by U.S. tax dollars. It has the workflow that you need to support the federal sector side. It's not a system that was developed for billing and reverse engineered into an EHR system.” He further highlighted the accompanying dental and mental health components, elements that will be necessary in any successful bid for the DHMSM contract.

FCW explains, “DHMSM is not going to be a lowest price technically acceptable procurement”, although Garrett anticipates their bid to effectively undersell the competition because of their open source software angle.

Garrett told FCW, “There's a lot of levels of interoperability other than just the technology and the medical record being the same. There's ease of use for physicians going back and forth between DOD and VA, and for service-members as they transition from DOD to VA.”

“Given the rapid evolution of today's new health economy, technology driven disruption is inevitable,” said Kelly Barnes, U.S. Health Industries leader, PwC, in the September press statement. “Our approach fosters continued innovation and adaptability, without the need to be being ‘locked in’ to one technology. As a leader in healthcare consulting, PwC is well positioned to help the DOD modernize the current system, and enable transformation that can result in improved healthcare for their patients.”