Digital Health Funding Hits $2B In The First Half Of 2016 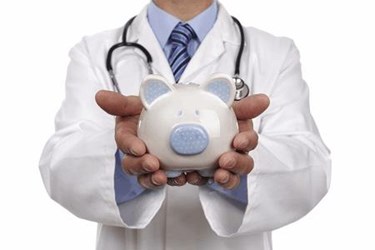 Following years of record-breaking venture funding, digital health investment funding hit slightly over $2 billion in the first half of 2016 according to a Rock Health report.

The study authors noted that, while funding is on par with past years, experts had predicted the industry expected such funding to decline this year. The report also found in the first six months of 2016 an unprecedented 151 companies raised more than $2 million.

While digital health is not seeing wide growth in the public market — only one IPO was launched in 2016 — M&A continues to be an important element in digital health growth. The study found disclosed dollars from acquisitions were almost double the 2015 levels, with 87 recorded deals thus far in 2016.

Study authors Mitchell Mom and Ashlee Adams SAID, “Digital health investment remains within a healthy range proportionate to the rest of the funding landscape and is at its highest level since 2014” and the six largest rounds thus far represent just under one-third of total funding in 2016. These include Flatiron, Jawbone, Healthline, HealthCatalyst, Proteus, and Centauri according to the Rock Health Funding Database.

Six categories also accounted for more than half of all digital health funding in 2016, including analytics/Big Data, wearables and biosensing, population health management, personal health tools and tracking, EHR/clinical workflow, and digital medical devices. In 2015, only wearables and biosensing and personal health tools made it to the top six categories.

In tracking the performance of digital health companies, Rock Health defines them as the intersection of healthcare and technology, tracking only technology-enabled health-related companies.