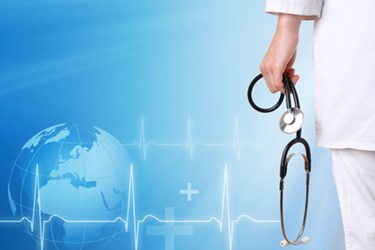 At HMISS, DeSalvo predicts 2017 attainment of EHR and HIE goals

Speaking at HIMSS14, Dr. Karen DeSalvo, national health IT coordinator, proclaimed that America can achieve widespread health information exchange by 2017. MedCity News covered her keynote address, reporting that she affirmed, “We can do national healthcare exchange in three years.”

Currently, most healthcare data still resides in silos, and electronic health records are not interconnected. Often records do not reach behavioral health, long-term care, and other settings beyond the walls of the hospital or doctor’s office.

Among the most serious concerns for healthcare are issues of privacy, security, and patient identification, according to DeSalvo, who went on to say, “This issue of patient matching and making that we get that right is very important.” As data segmentation technology and standards advance to help patients manage sensitive parts of their medical records, EHRs will be able to help more people in more ways, DeSalvo said.

Yet, despite these obstacles, DeSalvo sounded optimistic, stating, “I know that this is possible. I have seen [health information exchange] in every part of our country. We are indeed making great progress as a country with health IT (and) physician EHR adoption has surged in all corners of our nation.”

Referring to an NCHS Data Brief, DeSalvo noted that two-thirds of doctors nationwide are e-prescribing through an EHR. And nearly 90 percent of hospitals have achieved Stage 1 of Meaningful Use “well above the target goals set by us.”

Approximately 50 percent of rural primary care physicians and 80 percent of federally designated critical-access hospitals have gone digital, thanks to the HITECH Act which marked its fifth anniversary earlier this month. “It is clear that HITECH has accelerated process in this first decade,” DeSalvo said.

The ONC was created by executive order in May 2004 by President George W. Bush, though without a stable source of funding, and it challenged the nation to deliver comprehensive, interoperable EHRs to “most Americans” by 2014. Five years later, President Barack Obama upped the ante to “all Americans” as Congress was getting ready to enact HITECH as part of the $831 billion American Recovery and Reinvestment Act.

“It is clear health IT has been very successful in many ways to improve the care of patients in America,” DeSalvo said. “It’s beginning to show an impact in improving health.”