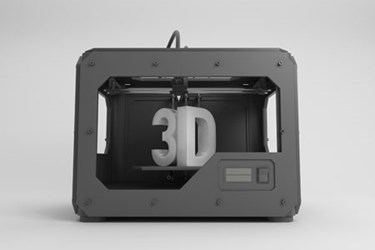 3D modeling has become a powerful tool in the training and practice of physicians and surgeons. From 3D printed rib cages to facial reconstruction and now vascular systems, the modeling provides opportunities to practice and provide treatments that were not possible before.

Now, Computer World reports physicians and researchers in Buffalo, N.Y. have developed a method of 3D printing to create a patient’s complete vascular system in only 24 hours, thereby allowing them to practice navigating it to treat brain aneurysms. Aneurysms are complicated as they are located in the complex maze of vessels in the brain, and the creators of the vascular 3D printing say surgeons can now see precisely what a patient’s unique vascular structure looks like and plan the best treatment approach in advance.

The project is a joint venture between 3D printer maker Stratasys, The Jacobs Institute, the Kaleida Health’s Gates Vascular Institute and biomedical engineers at the University at Buffalo, aimed at creating the full-body vasculature models.

Dr. Adnan Siddiqui, chief medical officer at The Jacobs Institute, told reporters the model enabled surgical pre-planning in an entirely new way. “We’re working to bring the next generation 3D technology to our patients, learning the best way to utilize it to facilitate medical care.

“It’s a true replication of the entire vasculature system. This simulates the actual procedure from soup to nuts. The vessel feel is exactly similar to human vasculature. That’s what’s really cool about the materials we’re using from Stratasys.”

According to Siddiqui, the research team is working with Stratasys to use multilayered 3D printing to not only create the surface tension of blood vessels but the distensibility of the vasculature — whether it’s flimsy in the human brain or less flexible and hard like in the heart.

“By 3D printing models that mimic vascular feel, we can create an approach I don’t think is achievable any other way,” said Michael Springer, director of operations at The Jacobs Institute.

To date, the 3D printed models have been used by surgeons for pre-operative practice, but they also have potential to help doctors in training. “So residents in training actual practicing physicians can perform stroke intervention,” Siddiqui said. “Physicians can do repeated operations on these models.”