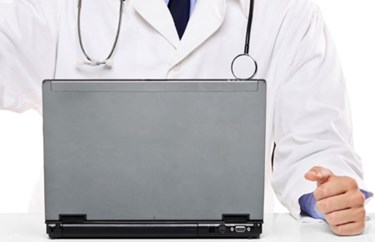 Contrary to earlier fears that CPOE would cost hospitals more than it’s worth, new studies show it may actually save providers money over time

KLAS Research recently interviewed six providers using the computerized physician order entry (CPOE) program Patient Keeper to see how they felt it interacted with the EMR systems they had in place, and all six said they saw it a long term addition to their EMR. One IT director said it was “"a nice alternative for people who don't want to do a rip and replace."

So if these six providers unanimously agreed Patient Keeper would be a welcome addition to their hospitals, why is InformationWeek Healthcare reporting that HIMSS statistics “indicate only 14.6 percent of healthcare providers had a CPOE/clinical decisions support system in place as of the second quarter of 2013.” This despite the fact that a CPOE is needed to meet Meaningful Use and proof exists that computerized ordering of medications and lab tests works.

Many site costs associated with implementing the technology, but InformationWeek Healthcare notes, “The latest MHCI stats, from 2008, found that a CPOE program would pay for itself for the average community hospital in about 26 months.”

Further underscoring the importance of CPOE are the results of a study published on the Journal of the American Medical Informatics Association website that showed, “CPOE can substantially reduce the frequency of medication errors in inpatient acute-care settings.” The authors did acknowledge it was unclear what that meant with regards to reduced harm for patients, but concluded, “Despite CPOE systems’ effectiveness at preventing medication errors, adoption and use in US hospitals remain modest. Current policies to increase CPOE adoption and use will likely prevent millions of additional medication errors each year.”

InformationWeek Healthcare writes of the JAMIA study, “Ordering medications through a computerized provider order entry (CPOE) system decreases the likelihood of medication errors by 48 percent,” and “Projected nationwide, this means that CPOE averted about 17.4 million errors in 2008, the year of the study.”

Helen Thompson, VP and CIO, NCH Healthcare System, spoke of the impact of CPOE at her facility, saying, “Quantifiably, I can tell you that we have seen a 40 percent drop in the documents that we needed to scan; and that’s huge because every time somebody touches that piece of paper to scan it, that’s expense in the organization.” Health IT Outcomes reported that Thompson, like many others, thinks CPOE directly affects the bottom line.

The Agency For Healthcare Research and Quality reports, “CPOE systems with clinical decision support systems can improve medication safety and quality of care as well as improve compliance with guidelines, improve the efficiency of hospital workflow and reduce cost of care."