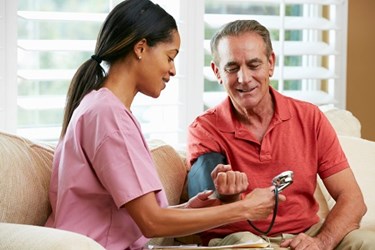 CMS uses its authority to impose a moratorium on new provider enrollment in certain hot-spot areas to fight Medicare, Medicaid, and CHIP fraud

Since March of 2011, CMS has revoked the ability of 14,663 providers to bill in the Medicare program. According to a story in Senior Housing News, the agency is now flexing more of its regulatory muscle by enforcing its first-ever moratorium on new provider enrollment in the Medicare program. The moratorium does not affect existing providers and suppliers, who can continue to bill Medicare for services. However, in select areas, no new provider or supplier can begin billing Medicare, Medicaid or the Children’s Health Insurance Program (CHIP) until the moratorium is lifted.

In a press release announcing the move, CMS explains that, “The goal of the temporary moratoria is to fight fraud and safeguard taxpayer dollars, while enduring patient access to care.” The release also states, “Authority to impose such moratoria was included in the Affordable Care Act, and CMS is exercising this authority for the first time.” CMS Administrator Marilyn Tavenner says that CMS is “putting would-be fraudsters on notice that we will find and stop them before they can attempt to bill Medicare, Medicaid, and CHIP.”

The moratorium is specific to three areas that CMS calls “hot spot” places for fraud. Specifically, it includes newly-enrolling home health agencies in the Miami and Chicago metro areas and ground ambulance suppliers in the Houston metro area. CMS worked with the Department of Health and Human Services Office of Inspector General and the Department of Justice to pick the areas.

According to Home Health Care News, the move was praised by U.S. Senators Orrin Hatch, Chuck Grassley, and Tom Coburn, who have all in the past called upon CMS to utilize this authority sooner.

Likewise, home health providers are praising the decision. The Partnership for Quality Home Healthcare commended CMS’s fight against fraud and abuse. CEO Eric Berger is quoted as saying, “Targeted reforms are needed to strengthen the Medicare program, protect patients, and defend taxpayers from fraudulent activities, which we believe is a better approach to Medicare reform than deep funding cuts and the re-imposition of a home health copay.”