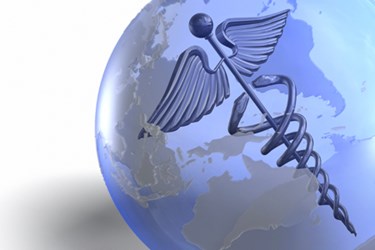 Healthcare, of course, is undergoing unprecedented changes these days, and the upheaval probably will continue for several more years.

Jim Turnbull, CIO of University of Utah Healthcare, is fond of an acronym, "VUCA," which stands for "volatility, uncertainty, complexity and ambiguity," to assess issues he and his staff have to deal with. At last week's College of Healthcare Information Management Executives (CHIME) annual conference, Turnbull said that term gets thrown around often.

"Our world has changed dramatically," Turnbull said during a roundtable where three healthcare CIOs discussed the evolving nature of their jobs and their visions for what the industry might look like in 2020. "It's been very interesting to watch the staff. It feels like someone popped their balloon and they're not sure where to turn."

It is important for health IT professionals to be agile, Turnbull said, able to shift from one role to another. While there will always be the need for basic tools, he said, he wants his staff to be "Swiss Army knives."

Added Marx, "I don't think we'll ever find ourselves going back the other direction."

That is why CIOs need the ability to multitask and to respond to changes in demand, according to Schooler. "The organization demands leadership out of us, of course," he said.

"I really believe the No. 1 expectation of us is to be a partner in collaboration," Schooler continued, and it starts with a foundation of leadership. "If you can't serve, you can't lead," he said. Trust is a "fabric of partnerships and collaborations."

Despite a feeling of "angst" among health IT staff, Marx said he wants to project a sense of hope. He gets to know his charges on a personal level. New hires and their families get invited to Marx's home for this purpose.

Marx said he knows the names of his staffers' children, grandchildren and favorite wines. The latter is a passion of his, and he often gives bottles as gifts. "It's really just knowing about people on a personal level that makes a difference," he said.

Outside of work, Marx builds camaraderie by organizing teams that suit his own athletic passions, including triathlon and rock climbing.

That kind of relationship-building paid off after he went to Africa to help Texas Health build a clinic, but forgot to budget $3 million for IT. Because of his friendship with leaders in the finance department, Marx apologized and was able to secure the funding.

Turnbull stays in the good graces of other organizational leaders just by being considerate of their time. "All the other executives are just as busy as we are," a point that some CIOs occasionally forget, he said. Turnbull has offices in both the IT department and on executive row. Whenever he is at the executive office, Turnbull checks in informally for a couple of minutes with any leaders who happen to be around rather than asking for a formal meeting.

On balancing demands of the job with personal responsibilities, Marx offered an interesting perspective. "I don't believe in life/work balance. I believe in life/work integration," he said. To achieve this, Marx said people need a strong foundation. In his case, the foundation is family and faith. He said that he has been married for 29 years, and takes an annual marriage class with his wife just to take stock of the relationship.

Marx tries not to schedule meetings on Fridays and if he adds one task to his calendar, he deletes another one, the product of his wife teaching him how to say no.

Marx also has a "zero-PTO mentality," meaning that he strives to use all of his paid time off each year, lest he become a workaholic who doesn't trust his staff when he's away. "If you can't take time off, you're not a very good leader."

Looking to the future, the CIOs were asked about their succession plans. Marx said that half his team could take his job and perhaps even do a better job than he. "The primary role of leaders is to replicate themselves," he said.

But Turnbull also said he does not have a formal plan to determine who might succeed him. "I have to admit I've never believed in a structured succession plan, so I'm a bad CIO," he joked.

The three CIOs then were asked to predict what healthcare might look like in 2020, which really is not that far away.

Turnbull said that care will move to outpatient centers and to the home, as it already has started to do. "What I hope for in 2020 is that we aren't building hospitals anymore," he added.

"I think we're going to see on-demand healthcare," offered Schooler. Telehealth, convenient care and patient engagement are all related to this, the Orlando Health CIO explained. "It won't just be the worried well. It won't just be the chronically ill."