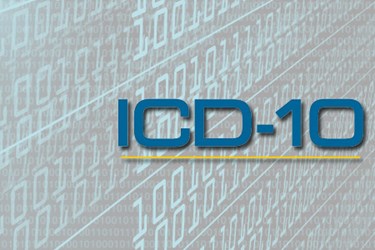 The shift from ICD-9 to ICD-10 marked the introduction of a more complex web of codes designed to make diagnosis and reimbursement more specific and accurate, but it also brought a lot of headaches to healthcare providers and insurers. One 2014 study suggests the transition put the accuracy of patient safety indicators at risk.

To help assuage some of these transition difficulties, the CDC and CMS instituted a freeze on updates to the codes prior to the October 1, 2015 implementation date, according to the American Hospital Association. But now, CMS has announced they will be adding a host of new diagnostic and hospital inpatient procedure codes to ICD-10 for fiscal year 2017.

The initial transition from ICD-9 to ICD-10 added 68,000 new codes to the previous 13,000 billing codes. This new announcement would add 1,900 diagnostic codes and 3,651 hospital inpatient procedure codes to ICD-10 and revise 487 code titles. According to Information Management, 97 percent of the new codes are cardiovascular system codes, while of these new cardiovascular codes, 84 percent “resulted from a group of proposals to create unique device values for multiple intraluminal devices and to apply the qualifier Bifurcation to multiple root operation tables for all artery body part values.”

The new procedure codes are available on CMS’ website, and the new diagnosis codes will be released as part of the hospital inpatient prospective payment system proposed rule for fiscal year 2017, scheduled to be released in April.

“The ICD-10 code set was designed to facilitate addition of new codes to cover new diseases, new procedures and new technology,” Jim Daley, director of IT for BlueCross BlueShield of South Carolina and co-chair of WEDI’s ICD-10 Workgroup, told Information Management. “While the ICD-10 code set is already in place, the addition of these new codes will be a test of the processes organizations have implemented for ongoing maintenance of the code set, similar to what was in place to maintain the ICD-9 codes.”

According to CMS, the coding update will be implemented on Oct. 1, 2016, and will include the “backlog of all proposals for changes to the code set proposed via the ICD-10 Coordination and Maintenance Committee process during the partial code freeze, and receiving public support.”