Can The VA Save Money And Pay Physicians More? 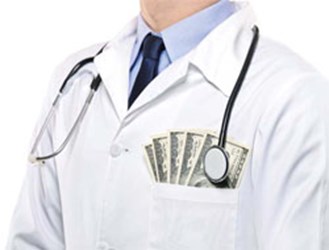 There are 18.8 million veterans in the United States. Of those, an estimated 8.9 million veterans receive care from the 168 VA medical centers and 1,053 outpatient sites under the Veterans Health Administration.

The VHA is the largest integrated healthcare system in the country, has received $2.5 billion from the Veterans Choice and Accountability Act to hire more physicians, and has implemented a tool that allows patients to access average wait times and quality of care data.

However, even with a patient-to-physician ratio of 356 to 1 — 55 percent lower than leading healthcare innovator Kaiser Permanente — veterans are waiting, on average, 30 days to schedule an appointment and three months to receive care. I wanted to know why there is such a stark difference between data points for these two high-profile healthcare organizations, so we crunched the numbers and looked to find a solution.

On the surface, the most simplistic solution to this supply-and-demand issue is to hire more physicians to facilitate the rising number of VA patients. But looking to the VHA’s past attempts at this, it’s evident that throwing more resources at the problem won’t address the underlying issue of inefficiency.

Both the VHA and Kaiser Permanente have a history of adopting health technology that leverages their respective resources to advance patient care. The similarities in innovation point to the ability of the VA to be on par with Kaiser Permanente as a leader in our nation’s healthcare system. We have to look, then, at the disconnect.

Why, despite having a lower physician-to-patient ratio, does the VA experience such long wait times? Why is the physician attrition rate so high? And most importantly, what can be done to address these issues and give veterans more immediate access to critical care?

Based on our research, the answer to these questions lies not in simply hiring more physicians but in optimizing the patient-to-physician ratio by leveraging scheduling tools, increasing physician satisfaction, and reducing physician turnover. Ultimately, implementing these strategies presents the opportunity for the VA to save $1.6 billion annually — an added benefit significant enough that it can’t be ignored.

Certainly, generating $1.6 billion in savings is easier said than done, right? With a worldwide reputation for being an early adopter in health IT, a continued dedication to pursuing health technology today, and the bold leadership of the new Secretary of Veterans Affairs David Shulkin, MD, this may not be as out of reach as it looks at first glance.

I’ve suggested four key practices that the VA, along with other healthcare organizations, can use to improve their patient-to-physician ratio; provide better, timelier care; and reduce physician burnout and attrition.

One of these practices is taking physician satisfaction seriously by using burnout as a metric. Pushing physicians past their professional limit affects more than just patient care — it can also significantly harm a hospital’s bottom line. In all forms of business, it’s more expensive to fill open roles with locum staff and pay recruiter fees than it is to invest in retaining current staff.

While lowering the number of physicians may seem counterproductive to addressing the issue of poor patient access, a portion of the $1.6 billion savings can be put toward closing the significant wage gap between VA physicians and Kaiser Permanente physicians, while still saving the VA $427 million a year. It’s important to note that the annual $427 million doesn’t account for the potential VA cost savings of reduced recruiter fees and higher expenses for per diem and locum tenens physicians.

Coupling this with the use of a physician scheduling tool would make it easier for VA doctors to use their 26 days of vacation time. The result is, inevitably, less physician burnout and, therefore, a lower attrition rate. In practice, doctors who work fewer hours and are paid more are better able to do their job. In the end, everyone — patients, physicians, and the VA — benefits.

Optimizing the physician-to-patient ratio using the strategies outlined here and in our report, Burnout, Kaiser Permanente, and VA’s $1.6 Billion Patient Access Opportunity, would free up more than a billion dollars in annual savings — some of which can be used to bring the VA’s doctors’ salaries up to national standards. It’s a win-win for everyone involved, not least of which includes our nation’s veterans who deserve far better access to healthcare.

Suvas Vajracharya, Ph.D., is founder and CEO of Lightning Bolt Solutions, which automatically generates 3 million hours of AI-optimized physician shift schedules for hospitals each month. Prior to founding the company, he worked as a staff scientist at the Los Alamos National Labs, scheduling massively parallel supercomputers.