Big Data And The Future Of The NHS 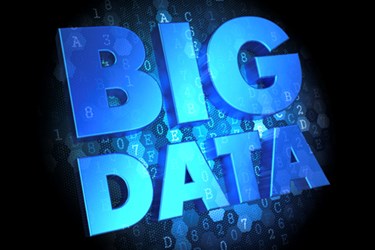 There is no doubt the NHS is an expansive organization that is as perplexing as it is vast. Indeed, one look at its structure is enough to inspire confusion; its layout reminiscent of a shopping-center map without the helpful “You are here” marker. Instead, disparate boxes devoid of holistic rationale represent our place in a rigid system that faces enormous challenges to remain operational with current spending.

This is made more alarming when considering Jeremy Hunt’s objectives when appointed Health Secretary in 2012, where he was tasked with ensuring the NHS was made “financially sustainable for the future.” Four years later, however, the Committee of Public Accounts have found the financial problems facing the NHS have “significantly worsened” with the report condemning the unrealistic efficiency target setting, slow rate of improvements, and workforce planning problems while highlighting how health funding has risen by only 1.8 percent between 2010-11 and 2014-15.

To contextualize these figures with real-life scenarios, the knock-on effects of these budgetary constraints can be seen in a variety of sectors such as cancer treatment targets being missed, limited funding for mental health research, and A&E departments facing huge pressures that puts both staff and patients at risk. Subsequently, this has resulted in desperate attempts to fill the gaps in A&E rotas by offering to pay GPs extra money to cover shifts over Easter; quite the opposite of a long-term cost-effective solution.

Clearly, there is a real need to find efficiencies within the pre-existing NHS system to ensure changes are not only effective, but undertaken within a timely manner to limit further losses. This process is no small feat, requiring solutions in every aspect of its operation with the aim to increase efficiency overall. One aspect that, if prioritised across the country, could add up to major cost-savings in the way data is utilised in the NHS.

Put fantastically by two healthcare experts, more effective data will save the NHS money. While this single aspect is certainly not going to right the wrongs of the entire NHS, it is clearly an area where huge efficiencies can and must be made to better understand both the failings and recognize the committed and hard-working staff who work tirelessly while the system around them continues to fail.

With the U.K. economy predicted to make billions from harnessing the power of Big Data, healthcare should not be left in the dark where data utilization is concerned. Furthermore, for those competing to provide analytical services to the NHS, there is increased pressure to justify any spending, with a water-tight proof-of-concept (POC) a staple selling tool in the industry. Proof of cost-savings is also vital, with those companies who can demonstrate previous economical implementations able to showcase just how useful pre-existing data can become with the right tools.

With the Five Year Forward View placing importance on prevention and calling for dramatic structural reforms, the vital changes that have been highlighted are based on long-term fixes and need to be partnered along-side fast efficiency savings in order to become viable long-term. There is a monumental amount of data available to the NHS currently and, with the rise of Big Data analytics, substantial improvements can and should be made that can have a direct impact on future reports, decision making, and even realistic target setting.

For example: imagine hospital staff being able to make informed decisions at great speed by referring to entire patient journeys via their use of current and historic data, both structured unstructured. Casual connections could be established and future treatment plans can be developed based on what was previously successful before formulating reasonable targets to improve further. This is not wishful thinking; this is what is possible if the pre-existing data was better utilised.

There is no doubt that, if the NHS is to continue with its current targets, changes have to be made. Only by focussing on effectual short-term aims to complement the long-term structural plans can this organisation surface from its current financial woes. Big Data is only the start, and could allow the NHS to drastically improve both patient care and professional judgement with relatively fast implementation.