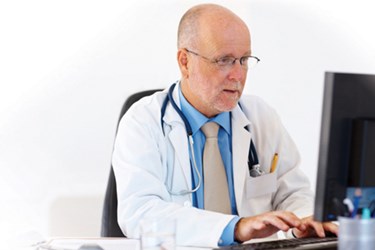 Madara warns of digital health “quackery,” calling it the “digital snake oil” of the 21st century.

In an address to the House of Delegates at the American Medical Association (AMA) Annual Meeting, AMA CEO James L Madara, M.D. spoke to the challenges and opportunities facing medicine using digital technology. In his remarks, Madara drew direct comparisons between the current technological innovations and the challenges faced by medicine at the time of the AMA’s founding, when the AMA played a leading role in eliminating quackery and establishing standards for medical education.

“Today we have really remarkable tools — robotic surgery, new forms of radiation treatment, targeted biologics; and we live in a time of rapid development in the digital world — telemedicine as an example,” Madara told the delegates. “But appearing in disguise among these positive products are other digital so-called advancements that don’t have an appropriate evidence base, or just don’t work that well — or actually impede care, confuse patients and waste our time.

“From ineffective electronic health records, to an explosion of direct-to-consumer digital health products, to apps of mixed quality — it’s the digital snake oil of the early 21st century.”

Madara cautioned the medical profession needs to better vet the technology used by physicians, and warned of the dangers of an “explosion of direct-to-consumer digital health products,” Forbes reported.

The AMA is warning of digital health technology that threatens quality and patient safety from new apps and telemedicine to electronic health records that don’t allow physicians to communicate effectively.

Madara warned of the need to better vet technology used by physicians as well as an “explosion of direct-to-consumer digital health products. Even those digital products that might be helpful often lack a way of enriching the relationship between the physician and the patient. It’s like trying to squeeze a 10-gallon product idea into a 2-gallon healthcare knowledge base.”

Under Madara’s leadership, the AMA will be partnering with healthcare leaders to focus on technologies that work better for both patients and physicians in order to reflect the voice of physicians in the innovation space.

For Madara and the AMA, “The future is not about eliminating physicians. It’s about leveraging physicians by providing digital and other tools that work like they do in virtually all other industries — making our environments more supportive, providing the data we actually need in an organized, efficient way, and saving time so we can spend more of it with our patients.”