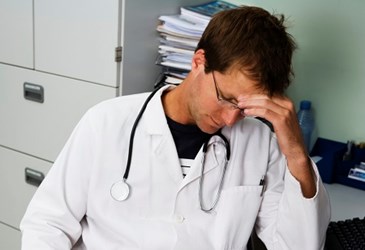 Frequent alarms from medical technology are overloading physicians and leading to situations that could put patients at risk.

Providers are becoming more and more desensitized to frequent alarms from medical technology used to monitor patients. This is not only overwhelming, but according to a recent article from Fierce Healthcare EHR, it can put patient safety at risk.

The Washington Post reports this problem is best illustrated by an instance in 2012 when constant alarms from a new EHR system led to the majority being ignored and this ultimately led to a potentially deadly mistake when an injection that could have proved lethal was administered to a patient.

The constant reminders issued by EHRs are often ignored simply because they are not relevant to the patient at hand. For example, they may warn of the side effects of a certain drug for an elderly individual when the patient is a young person. Or, they may pop up to tell the provider what time the last pain medication was prescribed, when this information may be irrelevant if the patient has just had major surgery.

Because so many of these alerts are irrelevant, doctors ignore safety notifications 49 to 96 percent of the time. “When providers are bombarded with warnings, they will predictably miss important things,” David Bates, a senior vice president at Brigham and Women’s Hospital in Boston told the Washington Post.

In 2014, ECRI introduced a guidebook to aid providers in the fight against alarm fatigue. According to Health IT Outcomes, the guide covers alarm management, best practices and action plans all designed to combat alarms and make patient safety a priority. This April, ECRI listed alert fatigue as its top safety concern for 2016.

“This is an issue that everyone’s going to have to wrestle with eventually,” said Bill Marella, executive director of patient safety operations and analytics at ECRI Institute.