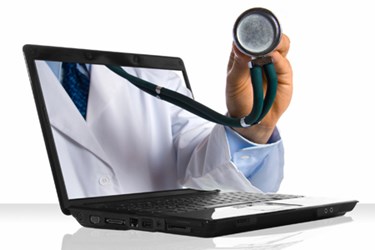 A 2014 Telemedicine Survey from Foley & Lardner LLP shows executives are planning to tackle telemedicine despite regulatory and reimbursement hurdles.

A recent survey from Foley & Lardner LLP asked healthcare executives about the future of telemedicine and what their organizations are doing to overcome hurdles adoption of the technology presents. Nine of ten respondents indicated their organization has already begun developing or implementing a telemedicine program

“Healthcare leaders tell us that their organizations are committed to continuing to implement telemedicine programs, even as they face challenges such as getting doctors to buy into the programs and insurers to pay for them,” write the report’s authors. “Why? For the majority of respondents, it’s simple – they believe telemedicine will help them keep patients healthier.”

Eighty-four percent of those surveyed felt that the development of telemedicine services is either very important (52 percent) or important (32 percent) to their organizations. Only 3 percent said they considered the technology to be unimportant.

Only 6 percent of respondents categorized their telemedicine programs as “mature” and 8 percent said they had none at all. Thirty-four percent are under consideration or in development, 18 percent are in the optimization phase, and the remaining 36 percent are being piloted or implemented.

Most respondents already offer remote monitoring (64 percent), store and forward technology (54 percent), and real-time interaction capabilities (52 percent). Thirty-nine percent of those surveyed say they have services that qualify as mHealth, such as patient-driven apps and online portals.

“The reimbursement landscape is already changing, and there are many viable options for getting compensated for practicing telemedicine,” said Larry Vernaglia, chair of Foley's Health Care Practice. “The smartest thing organizations can do now is to continue developing programs, and be ready for the law to catch up – because it will.”