2D Barcodes Can Save Money And Streamline EHR Implementation 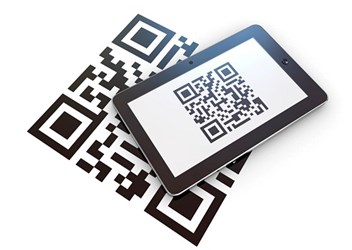 The use of 2D barcodes for vaccines improves the accuracy of medical records and transfers patient information directly into an EHR system; providing healthcare savings is the next step

The Centers for Disease Control (CDC), through its Immunization Information Systems (IIS) program, piloted a project in 2011 to test the implementation - using industry barcoding standards - of 2D barcodes on vaccine products. The CDC notes, “The goal of this pilot implementation of 2D barcoded vaccines and scanners was to assess their impact on the completeness and accuracy of vaccine data in both the EHR and the IIS.

“The immunizers included private providers, publically-funded health services, and one pharmacy. The participating manufacturers placed 2D barcodes containing product identifier, lot number, and expiration date onto specific vaccines they produce. These barcoded vaccines were then distributed via the normal supply chain to the participating providers. The providers administered these vaccines and used scanners to read the 2D barcodes. The scanners input data directly into the immunizer’s electronic record systems for each patient, and then were transmitted to or captured by the states' IIS.”

The pilot was completed in May and, according to MedCity News, 2D barcodes have proven to be advantageous in maintaining the accuracy of EHRs when compared to the current system in which “vaccine data, such as lot numbers, are handwritten, which can be misread or inaccurately transcribed. Even if the information is typed into electronic medical records or immunization information systems, there can still be errors. The vaccine data can also be missing or incorrect within Vaccine Adverse Event Reporting System reports. The lot number is critical in instances such as a product recall.”

GlaxoSmithKline - which participated in the pilot project - was confident enough with 2D barcoding that it announced it will become the second vaccine producer to roll out 2D barcodes as part of a program to improve the accuracy of vaccine immunization records. "We're committed to being one of the early adopters of this technology," said Dr. Leonard Friedland, VP, Scientific Affairs and Public Policy, GSK Vaccines, North America.  "Through regular electronic scanning of information contained in 2D barcodes, we believe that a more accurate and complete picture of U.S. vaccine usage could emerge."

One other benefit is the potential savings 2D barcoding could provide. Reporting on a study conducted by researchers at RTI International and the CDC - published in June’s issue of Vaccine - Vaccine News Daily writes, “Incorporating two-dimensional barcodes that contain the National Drug Code, expiration date and lot number is projected to save between $310 and $334 million between 2011 and 2023.”

It goes on to quote Alan O’Connor, a senior economist at RTI and the paper’s lead author, who said, “Our study shows how changing something as simple as how vaccine product labels are barcoded can mitigate documentation problems and increase the safety of the immunization system. And thanks to advances in technology, from the perspective of the immunization system, it’s now cheaper to use 2D barcodes than not use them.”