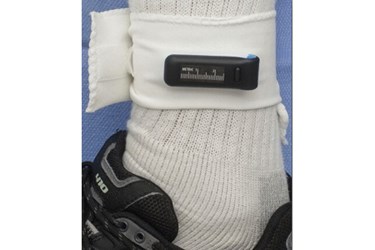 The Annals of Thoracic Surgery published a study, Functional Recovery in the Elderly After Major Surgery: Assessment of Mobility Recovery Using Wireless Technology, that “tested the hypothesis that wireless accelerometry could be used to measure mobility during hospital recovery after cardiac surgery.” The authors concluded, “Wireless monitoring of mobility after major surgery creates an opportunity for early identification and intervention in individual patients and could serve as a tool to evaluate and improve the process of care and to affect post discharge outcomes.”

According to MobiHealthNews, Mayo Clinic conducted the study “on using a Fitbit activity tracker to monitor recovery in cardiac surgery patients. They found that step tracking with the Fitbit was easy and cost-effective to implement, and preliminary data suggests that collecting step data could help hospitals determine the appropriate length of stay for a patient recovering from surgery.” Earlier MobiHealthNews reported, “Mayo sent surveys out to track patient and family satisfaction with the surgery experience, and over 90 percent were satisfied with the experience, although without a control group to compare it’s hard to say how much the app contributed. More than 80 percent of patients said they felt very comfortable using the app, despite the age of the population.”

Patients who had the shortest hospital stays were also the ones who showed the most reported activity on the Fitbit. Authors of the study claim that by establishing a baseline for patient mobility, providers will be able to use information from the Fitbit to determine if patients are recovering and moving at a rate above or below the average. That information can be used to detect which patients are not recovering as fast as they should and predict how long their stay in the hospital will be.

The study’s authors wrote, “Although it is obvious that patients who recover mobility sooner are likely to have better outcomes, it is critical in the face of changing demographics and financial rules that we measure functional measures of recovery for individuals and populations.”

According to Time, researchers reported, “Patients who took the most steps every day were significantly more likely to leave the hospital earlier than those who were less mobile. Those who walked around 818 steps by the second day after surgery spent less than five days in the hospital, while those who walked only 220 steps were hospitalized for more than six days.”

Time also notes, “Since the study involved a small number of patients, the researchers could not conclude whether there was a threshold of activity that predicted faster recovery. But with more studies like these gathering data from other remote monitoring devices, it may be possible to determine how much activity, on average, might be required of patients in order to recovery quickly and safely. Such information could also help doctors to know which patients might require longer hospital stays and more intensive care following surgery.”

Medcity News notes while the results were encouraging, “One drawback was interoperability. The Fitbit data and associated dashboards were not integrated with the hospitals EHR system. To get around this, each surgical service had an iPad and a link to the dashboard. Patient data was password protected and open only to doctors on the patient’s surgical team.”