The Impact Of The Government Shutdown On Health IT 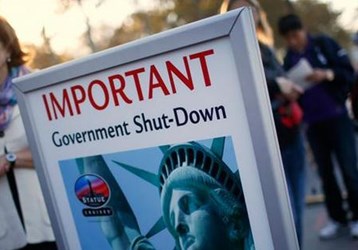 What effect has the government shutdown have on programs like Medicare and Medicaid?

Visit the Health and Human Services website and the effects of the government shutdown are immediately clear, “Due to the lapse in government funding, only web sites supporting excepted functions will be updated unless otherwise funded. As a result, the information on this website may not be up to date, the transactions submitted via the website may not be processed, and the agency may not be able to respond to inquiries until appropriations are enacted. Updates regarding government operating status and resumption of normal operations can be found at http://www.usa.gov.”

According to CNN, “Centers for Medicare & Medicaid Services would continue large portions of Affordable Care Act activities, including coordination between Medicaid and the Marketplace. Also continued: Insurance rate reviews and assessment of a portion of insurance premiums that are used on medical services. In the short term, the Medicare Program will continue largely uninterrupted.”

EHRIntelligence reports CMS has turned to its contingency plan in which “40,512 members of staff will be furloughed with 37,686 being retained ‘as of day two of a near-term funding hiatus,’” but Medicare and Medicaid will continue as “discretionary programs and federal employees would be the most affected, while payments for Medicare services, the Affordable Care Act (ACA), and other mandatory programs would continue, albeit at a slower rate if the government were to undergo a long term shut down.”

“CMS would continue large portions of ACA activities, including coordination between Medicaid and the Marketplace, as well as insurance rate reviews, and assessment of a portion of insurance premiums that are used on medical services,” states the HHS contingency plan. “In the short term, the Medicare Program will continue largely without disruption during a lapse in appropriations.”

EHRIntelligence notes HHS has indicated that, during a long shutdown, funding would be short for fraud prevention programs. “Fewer recertification and initial surveys for Medicare and Medicaid providers would be completed, putting beneficiaries at risk of quality of care deficiencies,” HHS said.

Ken Congdon of Health IT Outcomes noted ONC has shut down its social media activity, the “administration of the Certified Health Information Technology Product List (CHPL) has stopped reporting to work” and “work on the federally-funded Standards and Interoperability Framework has also ceased.”

Health IT Outcomes acknowledges, “While the government shutdown isn’t ‘halting’ health IT, it’s definitely an unwelcome obstacle standing in the way of continued health IT progress. Hopefully, the shutdown is short-lived. Regardless, the shutdown is a compelling fifth reason to add to my recent 4 Reasons To Delay Stage 2 MU article.