The Case For Rapid Adoption Of Value-Based Care 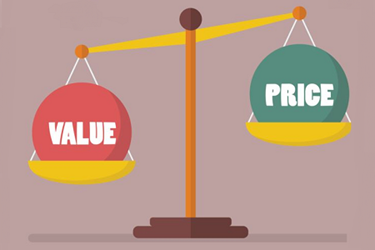 As healthcare costs continue to rise, those picking up the tab for doctor and hospital costs are rapidly moving to new models of delivery that require medical care providers to be measured, rated, and scored.

Doctors, hospitals, and other medical care providers need to be ready for this wave of new payment contracts and alternative forms of reimbursement. And fast.

Look no further than the nation’s largest health insurance companies for a snapshot into this trend. These payers are quickly shifting away from fee-for-service payment that rewards volume of care delivered to value-based reimbursement that pays doctors and hospitals for treating patients in the right place, at the right time, and with just the right amount of care.

Already, UnitedHealth Group, the nation’s largest health insurance company, says three out of every five dollars it pays to medical-care providers are via value-based care models. Such value-based pay is tied to health outcomes, performance, and quality of care.

“Physician data sharing and value-based incentives round out true end-to-end alignment of a progressive health system,” David Wichmann, CEO of UnitedHealth told analysts on the company’s second-quarter earnings call on July 18, 2019. “Value-based payments to care providers are growing more than 15 percent in 2019, aligning incentives to practice high quality care, while improving the effective use of health system resources. We expect these value-based payments to ramp at an even more accelerated pace in the coming years.”

These new models require new applications to manage not only individual patients and their records but also populations of patients. In one proliferating model known as an accountable care organization, medical care providers contract with insurers through the ACO umbrella entity that is rewarded for improving quality and reducing costs of a population of patients.

In these models, doctors and hospitals take on more risk that they can streamline the care, improve quality, and eliminate bureaucratic inefficiency.

There were more than 1,000 ACOs spread across the U.S. last year that represented more than 1,400 contracts with commercial and government insurers covering more than 32 million Americans, according to a 2018 analysis in the Journal Health Affairs. At that time, 10 percent of the U.S. population was covered by an ACO, compared to just 6 percent the previous year, Health Affairs said.

And since that study, insurers have announced plans this year to escalate the shift to ACOs and other value-based models. Cigna, for example, moved up its timeline, notifying medical-care providers earlier this year that the insurer eclipsed a goal of having 50 percent of its health plans’ payments made through “alternative payment arrangements in the company’s top 40 markets.”

When Cigna made its announcement that it had surpassed its goal, it indicated that the move to value-based reimbursement is no passing fad. “This is a critical milestone as we work to accelerate the pace of change in healthcare delivery in the United States,” Cigna Chief Medical Officer Dr. Scott Josephs said at the time.

For value-based models to work, health plans say they are trying to better engage with patients and their clinicians and doctors to improve outcomes and drive down costs. This means the silos that have existed when physicians and other providers have operated in an uncoordinated fashion are disappearing as ACOs group more and more providers together.

In these new value-based models, consumer power in the healthcare system is growing at an incredible rate.

And physicians are beginning to notice these shifts to value are intensifying with more demands that patients be satisfied as customers. Just this month, physician staffing company Merritt Hawkins said that for the first time in more than half of the firm’s searches -- or 56 percent -- conducted for its clients that include large medical groups, hospitals, academic medical centers, and outpatient care facilities “featured a bonus based in whole or in part on quality metrics.” The measures included patient satisfaction and adherence to treatment protocols, according to the firm’s 2019 Review of Physician and Advanced Practitioner Recruiting Incentives.

The adoption of such measures is occurring at a rapid pace given just 43 percent of contracts in Merritt’s 2018 Review Of Physician and Advanced Practitioner Recruiting Incentives offered a quality-based production bonus.

With the pressure on for providers to shift their treatment models from fee-for-service to value-based care, the need to have a technology solution that can help them move quickly to a patient-centric care structure is paramount. OutSystems allows a health delivery organization (HDO) to rapidly build integrated omni-channel care solutions for both patients and physicians that range from telehealth systems, patient portals, mobile healthcare apps, and beyond. The OutSystems low code platform also enables an HDO to create a single 360-degree view of the patient by pulling in third-party unstructured data from sources such as wearable devices and other third-party applications providing a single source of truth on patient data.

In the future, physicians will increasingly have a financial incentive to participate in value-based arrangements if the Merritt Hawkins report is any indication. Say the authors of the report: “In instances where the production bonus includes quality metrics, the 2019 Review indicates that, on average, 11 percent of the physician’s total compensation will be determined by quality, up from 8 percent the previous year.”