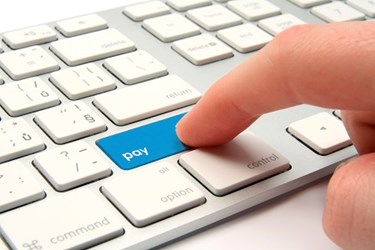 The HHS Office of the Inspector General has begun work on its 2014 Work Plan, delving into some controversial areas, including compensation.

According to Modern Healthcare, the agency has been engaging in five months of analysis of highly paid executives at Medicare hospitals, and has begun a proposal to see how much Medicare could save if it imposed upper limits on hospital compensation. The results of the OIG study have not been published.

While Medicare rules establish no specific guidelines or limits on salaries, they say that the agency only pays for executive and managerial salaries that are “reasonable.” The agency has never imposed limits on how much federally funded hospitals can compensate their highest paid workers. Some media outlets are reporting that the new study will look at how Medicare could save money by imposing such limits.

Ralph DeJong, a partner with the law firm of McDermott Will & Emery focusing on compensation at tax-exempt organizations like hospitals, said the OIG has conducted what it calls an “audit of excessive compensation” at Medicare hospitals that will be used to make recommendations for improving the program. DeJong said the 2014 audit appears related to the compensation audit already underway.

DeJong concluded, “It seems intuitive that, if the reported costs (for salaries) were reduced, the Medicare Trust Fund would save money. However, in our experience, the providers are able to show that their compensation practices for executive leadership are competitive with market practice and are the result of a very supportable practice of demonstrating fair-market value.”

AHANews.com reports that this study has been misinterpreted by some media outlets as an effort to cap compensation. According to an AHA conversation with OIG staff, the study is designed to establish how hospital compensation is reflected on the cost report and the relationship of that reporting to future Medicare payments. AHA and the OIG staff have agreed to meet and discuss the project, which AHA initially contacted the OIG about last December.

The Work Plan is not only focusing on executive compensation, however.  It also identifies other challenges such as electronic health records, health insurance exchanges, data-privacy concerns, and billing irregularities for a rare type of malnutrition called kwashiorkor.  It also will examine how well hospitals and doctors are adhering to new Medicare inpatient admission rules.

Auditors and investigators at the agency will also investigate the cost of replacing defective medical devices, and the extent to which the Food and Drug Administration conducts inspections and enforcement at facilities where generic drugs are manufactured.