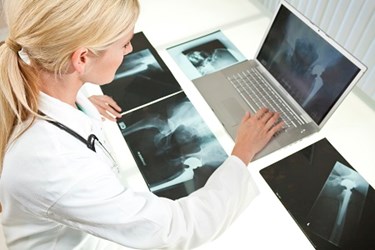 Ensuring patients are ready for discharge following surgery in an effort to reduce readmissions is a primary goal of accountable care guidelines. But are the harsh penalties for readmissions making hospitals hesitant to perform some treatments?

According to PR Newswire, starting October 2014, “Medicare will charge hospitals $265,000 for each excess readmission after knee or hip replacement surgery. Half of all hospitals have above-average numbers of Medicare patients who come back within 30 days after a knee or hip replacement. These hospitals will pay $265,000 for each returning patient above the US average.” Also of note: the fines for joint replacements will be assessed for patients going back to 2010.

Fines for readmissions are not limited to knee and hip replacement surgeries - readmissions after emphysema and chronic bronchitis treatments will result in a new $32,000 penalty, though no retroactive fines will be applied.

The American College of Surgeons expressed concerns in a letter to CMS signed by David B. Hoyt, MD, FACS, Executive Director. In it, ACS notes, “While we understand that excess readmissions can be an indicator of poor quality of care and wasteful spending, we urge CMS not to further expand the Hospital Readmissions Reduction Program beyond the current and proposed conditions unless adequate guidelines exist for future conditions and the associated measures can be properly risk adjusted. Hospital readmissions for chronic illnesses are related to both pre-existing chronic conditions as well as to the education level and socioeconomic status of patients, all of which are major determinants of outcome. Outcomes for chronic illnesses can vary widely, resulting in potentially unfairly penalizing hospitals and physicians for readmissions that are not under their control. Another unintended consequence would be penalizing hospitals that care for the highest acuity Medicare patients and the potential that these hospitals will decrease their care for such patients, thereby creating an access issue. As such, these other drivers of readmission and mortality should be taken into consideration in the risk adjustment process. In addition, readmission measures should exclude readmissions for conditions that are unrelated to the original admission, such as “readmission” due to traumatic injury.”

According to EHR Intelligence, "Experts are wary that refusing service to higher risk patients or suggesting other non-hospital options such as hospice care will actually increase mortality rates, a phenomenon that Medicare is ‘committed to monitoring’ over the next year.  Fraud is also a concern when it comes to targeting certain conditions for financial penalties.  Providers might simply change the medical codes associated with a patient to avoid falling under the categories that include hefty fines.”