Compiled by Ken Congdon, Editor In Chief, Health IT Outcomes 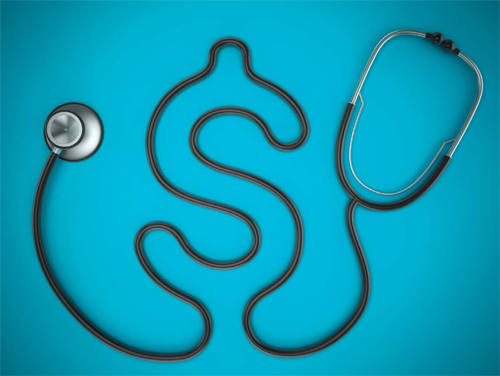 Implementing an EHR is a technically complex and expensive undertaking for a hospital. One can’t help but be astounded by the $20 million to more than $100 million price tag these systems can demand from large hospitals and health systems. With these costs, it’s understandable why many community hospitals feel at a decided disadvantage when it comes to implementing EHRs. Heck, what some health systems spend on an EHR exceeds the total annual revenue generated by most community hospitals. However, EHR success is achievable at the community hospital level. All it takes is the right combination of technology, expertise, and an implementation strategy focused on addressing the unique needs of a small to midsize hospital. Make no mistake about it, an EHR initiative is still likely to consume a good chunk of your technology budget, but when implemented effectively, an EHR investment can actually pay immediate dividends. Health IT Outcomes recently had the opportunity to interview three leaders from community hospitals making significant strides with their EHR systems to identify the secrets to their success.

Q: When did your hospital begin its EHR implementation and what was your motivation?

Beaman: Faith Community Hospital went live with its first clinical EHR, Prognosis HIS, in October 2010. Our primary motivation was the federal EHR Meaningful Use incentive program. With the stimulus, we realized that the move to EHRs was inevitable, and we better act now to ensure we’re prepared, while hopefully gaining some financial support for the initiative from the government.

While Meaningful Use definitely played into our decision to implement an EHR system, our primary motivation came from the fact that we separated from Ascension Health System in July 2009. The terms of the separation agreement were that we could remain on their information systems for one year, but then we had to have our own. We were under a tight deadline in which to build a full suite of independent systems including an EHR.

Botros: We were an early adopter of EHR technology. We initially implemented MEDITECH in 2002, and we are now on version 5.65 of the software. Our primary motivation was to improve clinical documentation and data accuracy.

Q: As a community hospital, what unique EHR challenges did you face that larger hospitals might not?

Beaman: My first day at Faith Community Hospital was in January 2011 — three months after the EHR went live. The initial rollout of the EHR was a disaster. The system was completely dysfunctional, and our employees were extremely frustrated. I soon discovered that our hospital had not sent out a bill in the entire three-month time period since the EHR was implemented because of problems related to the system. In essence, these problems were a result of two key challenges — technological limitations and cultural change.

First, being located in Jacksonboro, TX, we do not enjoy the level of technological sophistication that exists in a major metropolitan area. We had some specific limitations in regards to our technological infrastructure that the EHR vendor didn’t immediately take into account. Namely, we had a single T1 line providing data communications to the entire hospital. The EHR platform we selected was Web-based. Guess what happened when 60 computers inside the hospital simultaneously tried to access this EHR system? Access to applications slowed down to the point where they would time out before they would even open. We had to completely overhaul our IT infrastructure in order to make the best use out of the EHR system. We now have a 20 to 25 Mbps broadband connection as well as Wi-Fi throughout the hospital. We’ve also established the appropriate VPN connections necessary to provide secure access to hospital systems outside the four walls of the hospital.

The level of technology expertise we initially had on staff was also problematic. For example, our IT director at the time was an office clerk who had been promoted the week before I started. She had some basic computer skills, but was in completely over her head. The EHR we purchased required several interfaces to be programmed in order to integrate effectively with other systems. Our IT director at the time didn’t have any expertise with these interfaces, so they weren’t implemented as part of the initial rollout. Since then, we’ve hired a new IT director and a CIO. Both have extensive experience in network development and programming.

From a cultural perspective, we encountered a lot of resistance to the changes the EHR brought about. Many of our staff members thought the EHR was just a fad and refused to buy in to the technology. Opposition to change exists in larger hospitals as well, but given the smaller staff sizes in community hospitals, naysayers can have a much more powerful influence over the mindset of the entire staff.

Brobst: We quickly realized that our internal IT expertise was not adequate to handle the scope of the project that was ahead of us. We decided that we needed to outsource much of our IT department in order to get up and running as quickly as we needed to. This greatly influenced our decision to select McKesson as our EHR provider. Not only did McKesson offer a suite of financial and clinical systems that were already integrated, the company could also provide us with the IT support we needed through McKesson Management Services. Through this program, McKesson dispatched several IT experts to our location to provide ongoing implementation and training services. However, we had to factor this substantial expense into our overall EHR budget.

Botros: While not unique to community hospitals, physician adoption was our biggest EHR-related challenge. Ongoing communication and training are necessary to ensure doctors are comfortable using the technology. Some physicians are fine in a group training setting, but others require individual attention. We provided both to ensure physician adoption.

As a community hospital, financial limitations are also a challenge. The EHR application in and of itself costs a lot of money, but you also have to consider the expense of the skilled IT resources you will likely need to bring on board to perform the implementation, configuration, integration, and training.

Q: What EHR best practices would you suggest to other community hospitals?

Beaman: First, community hospitals need to select their vendor partner carefully. While we did have some bumps in the road during our initial EHR implementation (many of which were a result of our own oversights), Prognosis HIS was instrumental at helping us ultimately achieve success with the implementation. Much of this was due to the fact that they focus on community hospitals. Faith Community Hospital evaluated EHR systems from other vendors during its selection process, but we felt a hospital our size would barely be a blip on the radar for those vendors from a servicing perspective. When we had issues with our rollout, I had the company’s full commitment that it was going to stand shoulder to shoulder with us until we got it to work. I have the cell phone number of the president of Prognosis HIS, and he and I are on a first-name basis. I doubt we would have gotten the same level of attention with a larger vendor.

Another best practice I would recommend would be to consolidate your financial and clinical systems. When we initially launched Prognosis HIS, we had a financial system from a competing EHR vendor. When multiple EHR components are represented by different companies, you can run into problems. When things didn’t work the way they were supposed to, there was a lot of finger pointing between vendors. We have since switched to Prognosis HIS’ financial system as well. We now have “one neck to choke” when it comes to EHR functionality, and things have gone much smoother.

From a cultural perspective, I would also recommend that community hospitals clearly communicate the facility’s EHR intentions from the top down. To gain buy-in at our facility, we needed to make it clear to our employees that using the EHR wasn’t optional. We would provide our staff with all the training they needed and encourage their adoption of the EHR, but resistance to the change would not be tolerated. If employees resisted, they would need to find another place to work. This may sound harsh, but this was the approach necessary to change the mindset at our hospital.

Botros: Designating EHR “super users” in each department who can train people in their department on the system and address any EHR-related issues is a huge best practice that helps encourage adoption and use of the technology.

Q: What benefits has your hospital realized as a result of using EHR technology?

Beaman: Medication errors have been reduced. We have also seen better time stamping of physician orders and more consistency in orders changing shifts. The documentation provided to patients upon discharge has also been improved. It is truly incredible. Our EHR system was completely dysfunctional in early 2011, but by August of the same year, we were one of only 66 hospitals in the entire country to have successfully attested for Stage 1 Meaningful Use because of the changes we made.

Brobst: The availability of information has been a huge benefit. Physicians now have patient data at their fingertips not only at the hospital, but also from their homes or individual offices. Furthermore, the data is much more accurate. As a result, only 15% of our patient records are currently incomplete. This is a significant improvement over where they were previously, and I’m confident we will continue to improve on this figure. Another beneficial byproduct of improved data availability is that we were able to reduce staffing in our HIM department.

Botros: We’ve seen an improvement in the quality of care we’re delivering to patients. Because of the EHR, doctors are able to respond to patients faster and treat them more effectively. Patient data is also more accurate. EHR-related applications such as bedside medication administration ensures that our clinicians verify the proper drug and dose to the right patient, reducing the human error that often results in adverse drug events.

Q: How are you continuing to enhance your EHR system? What are your future EHR plans?

Beaman: Achieving Stage 2 of Meaningful Use is definitely top of mind. Specifically, we’re focused on encouraging and enabling ongoing patient wellness and engagement. We have started a hospital-wide wellness program called “Wellness By Faith” where we offer a number of awareness programs — including cancer, diabetes, and hypertension screenings — to our patients in an effort to make our community healthier. We are also working to provide our patients with access to their electronic patient records upon discharge through a secure electronic document vault and patient portal that will be integrated with our EHR.

Brobst: We are set to begin to implement a physician documentation module in Q1 2013. This module is required for Stage 2 Meaningful Use and will automate progress notes and other in-patient documentation. We are also working to achieve a greater level of integration between our ambulatory and inpatient EHR records.

Botros: We are one of the founding participants in the MetroChicago HIE. As such, we need to build interfaces to provide the HIE with access to our EHR data. We have invested in an interface engine from Summit Healthcare to facilitate this effort. The HIE wants our EHR data in a specific format that meets its compatibility and security requirements. The interface engine is helping us convert our electronic data to meet these demands. Through our HIE involvement, we will be able improve care coordination between our facility and other area hospitals and reduce instances of unnecessary repeat medical tests.