EHR Adoption On The Rise In The ER 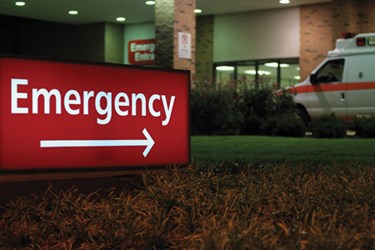 The CDC reports a dramatic increase in emergency room and ambulatory EHR adoption from 2006-2011.

Other key takeaways from the CDC report include:

EHR Intelligence reports much of this increase is credited to the HITECH Act in 2009, which gave monetary incentives for adopting such technology. As part of the Health IT Success Stories series, the Office of the National Coordinator for Health Information Technology (ONC) shared the story of the University of Cincinnati (UC) Internal Medicine and Pediatrics emergency department.

“After our patients are discharged from the hospital or ED, our clinic is able to proactively reach out to them to make sure they understand their discharge plan and set up follow-up appointments as needed,” Dr. Jonathan Tolentino, an internal medicine and pediatrics physician at the clinic, told the ONC.

Along with follow up care, the clinic is able to use the EHR to determine which patients may need extra care after they leave the emergency department.

“The risk stratification system, combined with the ED alerts, not only helps us deal more aggressively with high-risk patients, but also helps us increase care coordination,” Dr. Tolentino went on to explain.