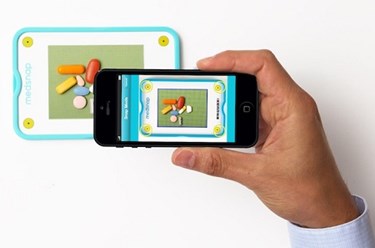 Patients not taking prescriptions after being discharged often end up being readmitted. This can result in as much as a two percent Medicare reimbursement penalty for facilities that have too many patient readmissions within 30 days of discharge, and a three percent maximum penalty for the same infraction starting in 2015.

So are patients following through, filling and taking prescriptions after discharge? In a word, no.

HealthAffairs reports on a study that showed, “The rates at which people discharged from the hospital after a heart attack were adherent to cardiovascular medications (antihypertensives, beta-blockers, and statins) were relatively low (41 percent, 49 percent, and 55 percent, respectively), even after the insurer waived patients’ out-of-pocket costs.”

According to EHRIntelligence, “Patients don’t take their medications as prescribed for a variety of reasons: the pills are too expensive, they have unwanted side-effects, they forget due to advanced age or other factors, or they’re just not sure about the instructions.”

It was because of the last two factors cited above, according to Wired.com, that former ER doctor Patrick Hymel decided to act. Two years ago Hymel’s grandfather was being treated for metastatic prostate cancer. According to Wired, "The 90-year-old had a host of pills he was supposed to take - around 12 total - including one that was critical to his treatment. It turns out, for six weeks he was taking his medications incorrectly without anyone noticing. ‘Not one of the eight doctors he was seeing, none of the nurses he talked to, none of us [his family] caught it,’ says Hymel. ‘And I realized that no one can easily check to see, do we know what this patient is actually taking, and are these the correct pills?’”

This inspired Hymel to create MedSnap, “A new iPhone app that uses computer vision technology to identify prescription pills and the possible interactions a patient might experience if certain drugs are taken together.” Hymel’s goal was “to be able to validate what patients take, and (develop) a technology that could eventually allow patients to verify each dose themselves. Because it’s no small task to ask someone who is sick to self-administer 12 medications a day.”

Hymel is not alone in trying to increase prescription adherence post discharge. Timothy Aungst, PharmD writing on iMedical Apps, asks, "Wow about a combination of a pill bottle and app? Welcome to AdhereTech, a recent startup that seeks to address medication non-adherence with a revolutionary new ‘smart pill bottle.’ The bottles come equipped with 3G and LTE capabilities, and will be able to sense and transmit the contents of the bottle to the cloud through HIPAA compliant means.

“As a pharmacist, I am very excited about this. I can imagine the time when my profession will be able to tell when a patient is taking their medications and then follow-up with them to find out what some of the problems are. Is it new side effects? Cost related issues?”

Figuring out exactly why patients don’t stick to their prescription regimen is key to reversing the growing trend of non-adherence. If physicians know what it is about the prescription that lead a patient to not take it, the physician can make other suggestions or explain how the drugs should be taken.

Aungst continues, “I have seen too many patients that are non-compliant with their regimen that lapse back into acute exacerbations. Perhaps this technology will offer a chance to help prevent readmissions, scale back costs, and increase quality of life for patients.”