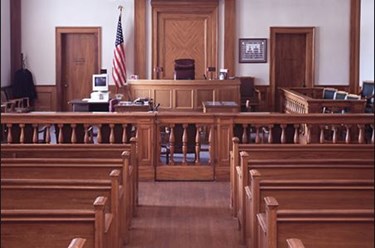 The CMS’ new rule for inpatient services in 2014 was designed to insure hospital admissions are reasonable and necessary for patients who remain in a hospital through two midnights. The CMS has changed the reimbursement policy so that those who do not stay the “Two-Midnights” will be reimbursed at a lower, outpatient observation rate, not an inpatient rate, resulting in higher out-of-pocket costs. Hospital administrators are enraged over this micromanaging of their admission policies, arguing that it could be financially devastating to their institutions, and are determined to fight back.

Modern Healthcare reports that “Hospitals had been asking for clarity on the issue to insulate their admissions decisions from Medicare's auditors. The CMS, however, estimated that the policy would increase inpatient expenditures by about $220 million, so it proposed to offset that by permanently reducing the standard payment rate to hospitals by 0.2percent, which quickly drew the ire of hospital providers.”

Last month, Reps. Jim Gerlach (R-PA), Joe Crowley (D-NY), Ron Kind (D-WI), Tom Reed (R-NY), and Peter Roskam (R-IL) introduced the Two-Midnight Rule Delay Act of 2013 (H.R. 3698),a bipartisan legislation that would have delayed enforcement of the Medicare two midnights rule until Oct. 1, 2014, require CMS to develop a new Medicare payment methodology for short inpatient hospital stays, and prevent recovery audit contractors (RACs) from denying claims due to the length of patient stay or due to determination that services could have been provided in an outpatient setting. The bill failed in the House.

This week, the AHA has geared up to begin a legal and legislative battle to delay or halt the new “Two-Midnight” Rule. Capital reported that JHANYS president Dennis Whalen issued a memo, stating: “Our coalition contends that the reduced inpatient payment they receive under the final rule is arbitrary and capricious.”

“We also argue that the payment cut fails to comply with the Administrative Procedure Act's requirements for proper notice and comment and was not codified in regulation as the law requires,” he wrote.

The new policies are set to go into effect in March 2014, barring any legal or legislative actions to undermine them.